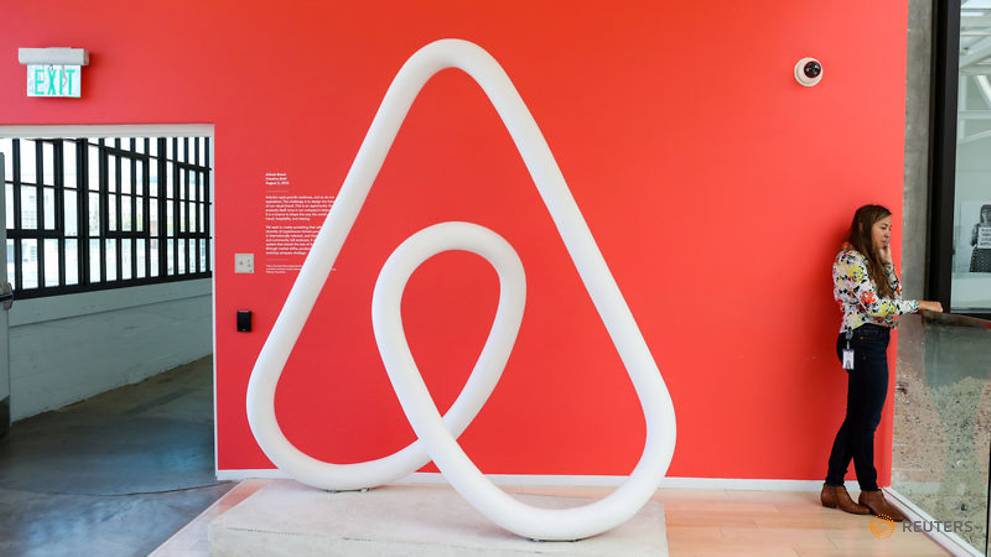 FILE PHOTO: A woman talks on the phone at the Airbnb office headquarters in the SOMA district of San Francisco, California, U.S., August 2, 2016. REUTERS/Gabrielle Lurie/File Photo

SINGAPORE: Two Singaporeans on trial for unauthorised short-term rentals posted on Airbnb pleaded guilty on Tuesday (Feb 27) in the first such cases under the country's rules on short-term property letting introduced last year.

The two men were charged for renting four units at a condominium for less than six months without permission from the Urban Redevelopment Authority.

Terence Tan En Wei, 35, and Yao Song Liang, 34, rented out the units in three different blocks at the D'Leedon condominium at 9 Leedon Heights in the Farrer Road Area.

The premises “was occupied by the same person(s) for a period of less than six consecutive months in return for the payment of rent”, in breach of regulations, court documents stated.

The minimum rental period for private homes in Singapore is three months, meaning typical short-term lettings on platforms like Airbnb are prohibited.