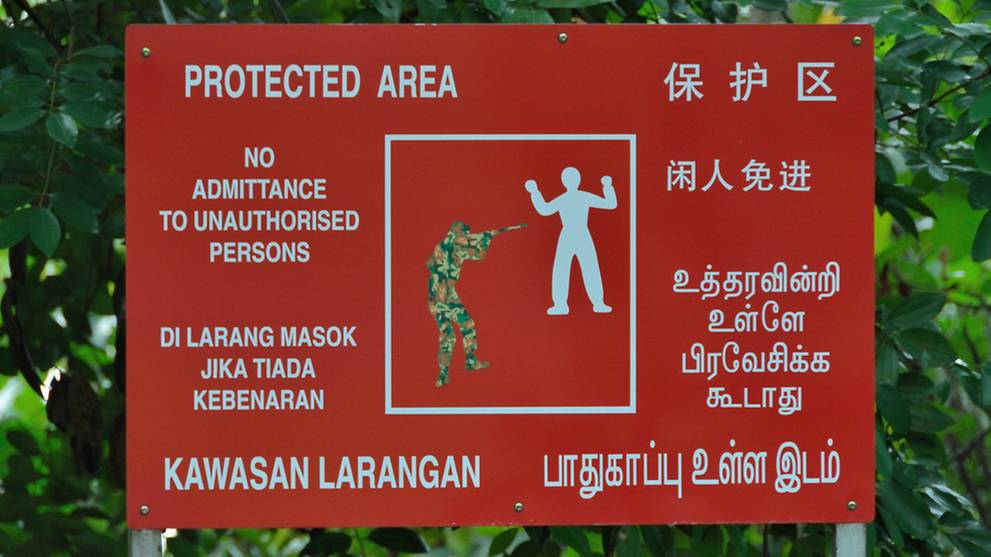 SINGAPORE: Over the past five years, an average of about 700 individuals have been arrested for trespassing each year, Parliamentary Secretary for Home Affairs Amrin Amin said in Parliament on Tuesday (Feb 27).

About 12 per cent of these individuals, or 84 persons, were youths under the age of 16.

“Police’s experience suggests that cases of trespass committed by youths were often due to peer influence, or a desire to seek thrill in their free time,” Mr Amrin said, adding that they would trespass into places such as unoccupied schools and rooftops.

Mr Amrin was responding to a question from Member of Parliament for Tanjong Pagar GRC Joan Pereira, who had asked about cases of trespass and unauthorised access to private properties and restricted areas.

“Individuals may also have trespassed into private land and state land for various other reasons, including illicit activities such as vice, or less malicious reasons such as to access fishing spots at the beaches or to pick durians,” Mr Amrin said.

Meanwhile, an average of 580 trespass cases were reported to the police annually over the past five years. Of these, an average of 30 cases each year involved acts that caused some damage to properties, like mischief and vandalism.

“Police do not track trespass cases by whether they involve death and injuries,” Mr Amrin said.

The police has been working with stakeholders to improve the security of sites and prevent and deter trespass, Mr Amrin said.

“Police have also put up crime alert signage at areas where there have been incidents, and work with Town Councils to ensure that HDB (Housing and Development Board) rooftops are secured to prevent unauthorised access,” he said.

Signs have also been put up in in restricted areas such as military installations and training grounds, as well as at state lands, to warn the public against trespassing, he added.

As for the unauthorised flying of drones over restricted areas, Mr Amrin said the Home Team works with owners of security sensitive locations to regularly review security measures based on a prevailing threat assessment.

“Law enforcement officers can end the flight or assume control of an unmanned aircraft if it poses a risk to the public or is a flown in a way that contravenes regulations under the Air Navigation Act,” he said.

Enforcement agencies have also been improving capabilities to counter security threats posed by unmanned aircraft, he added. “This includes the ability to detect and identify the unmanned aircraft to locate its operator or take down the aircraft safely.”