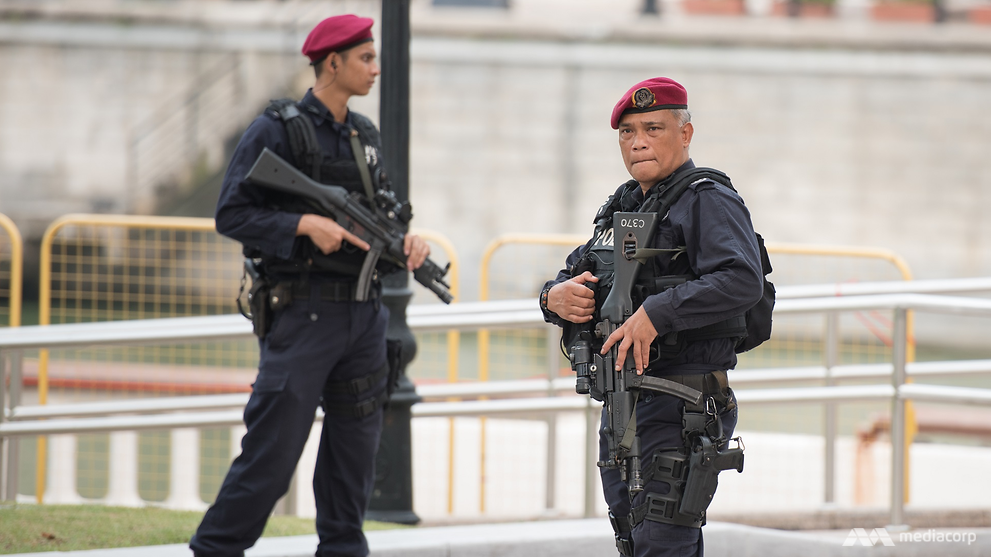 The Public Order and Safety (Special Powers) Bill will make it an offence to take photos and videos of police tactical operations during a terrorist incident.

SINGAPORE: Photos and videos of police tactical operations during a terror attack could give perpetrators access to information that could help them, impede police work and endanger the lives of victims and law enforcement officers involved.

In order to prevent such a situation, the Ministry of Home Affairs (MHA) on Tuesday (Feb 27) proposed a new Bill that will allow the Commissioner of Police to make a “communications stop order” while security operations are ongoing. It will require all people in the vicinity to stop filming or taking pictures of the incident area, or from sending them on to others.

The order under the Public Order and Safety (Special Powers) Bill 2018, will also ban text or audio messages about the operations.

Defying the order will be an offence, and those found guilty face a maximum fine of S$20,000, and up to two years in jail.

Police will also be able to take down or disable unmanned aircraft and autonomous vehicles in and around the incident area, regardless of their intention and activity, with the proposed Bill. Currently, the police can act against such devices when they clearly pose a threat to public safety and security.

“Such unmanned aircraft and autonomous vehicles and vessels can be used for surveillance by the terrorists or even as weapons,” MHA said.

The special powers can only be used after the Minister for Home Affairs gives authorisation to the police.

MHA said the minister must be of the opinion that a "serious incident has occurred or is occurring in Singapore", or there is a threat that it will. The minister must also have deemed that the special powers are necessary to prevent it from happening, or to reduce its impact, to control, restore, or maintain public order, the ministry added.

INCIDENTS IN WHICH INFORMATION HELPED ATTACKERS

“Denying the terrorists access to information on police’s ongoing tactical operations to neutralise the attack is critical for the success of the operations,” said MHA, citing what happened during the Mumbai attacks in 2008 and more recently, the Paris attacks in 2015.

During the Mumbai attacks, live broadcast of security forces preparing to storm the Taj Mahal Palace Hotel allowed gunmen within to anticipate the actions of the security forces. More than 100 people lost their lives in the multiple attacks by four heavily armed gunmen.

In the January 2015 Paris attacks, a terrorist who was holding several people hostage in the Hyper Cacher deli was able to watch live television broadcasts showing police officers outside preparing to storm the deli. A gunman killed three customers and an employee at the deli, before police took him down.

“In both incidents, there is no doubt that the information available to the terrorists made the police operation more difficult, reduced the chances of a successful operation, and put the safety of the officers and hostages at greater risk,” MHA said.

The new Bill is an update of Public Order (Preservation) Act, which will be repealed. The older Act was enacted in 1958 to provide special powers to deal with large-scale communal riots; however, it cannot be used in situations that seriously threaten public safety, but do not result in large-scale public disorder.

Other than allowing for communications to be stopped, the Bill also enables the police to direct owners of buildings within the incident area to take actions like closing up, restricting entry and exit, and providing information like floor plans.

The Bill will also provide the police enhanced powers to stop and question individuals within the area.

MHA said overall, the new Bill will protect the secrecy of tactical operations and enable police to respond to serious incidents more effectively.