Living in a diverse society has its ups and downs.

On Feb. 22, Facebook user Salina Musa uploaded a photograph of a frozen pork belly package, which she claims in a caption to her post was found lying in the halal frozen section of a supermarket in Tampines.

You can see the post and the photo below:

Not halal to hold?

Salina continued her tale of woe in the comment section:

“Confronted the staff, but the reason given was still confusing. ‘Haram’ fridge was placed beside halal poultry. Lazy to open the ‘Haram’ fridge, just put it in the halal section. Stupid right!”

Someone pointed out that the pork appeared to be sealed in its pack, but Salina asserted that the outer packaging could have been exposed to haram (that which is not permissible by Islamic law) liquids:

Perhaps inevitably, her comments sparked a verbal tussle with some other commenters.

Some commenters interpreted her post to be aimed at the supermarket staff for not being attentive enough to notice the pork product in the halal section:

“It’s nothing out of the ordinary, last minute customer decided not to buy the product, instead of returning it back to the right place, they simply chuck it anywhere they like.

Nobody, not us…try looking at the shelves of stuff near the cashier counter, it’s like someone threw the things there in a messy fashion.”

They pointed out that it was far more likely someone had absent-mindedly put the pork belly in the wrong section, after deciding not to buy it.

And even this diverse exchange:

One guy was concerned that her post might result in a backlash on the supermarket staff, who could be innocent.

Perhaps taken aback by the strong reactions her post was getting, Salina posted another comment clarifying that she did not intend to assign blame to the supermarket, but to “spread awareness”:

It’s true that discovering a pork product in the supposedly halal section of a supermarket would not be a pleasant experience for any Muslim.

It could be a genuine accident, where a shopper put back the meat in the wrong section.

It could be an act of deliberate malice, where some assh*le decided to put the pork in the halal section and hang around to film the reaction of a Muslim customer, later uploading the video on a racist forum and be hailed as a racist hero.

But either way, most of the commenters opined that it wasn’t necessary for Salina to post a pic on social media, complete with the address of the supermarket in all caps.

Perhaps the entire affair could be summed up by the comment below:

We’ve asked NTUC FairPrice if they have any standing policies regarding storage of halal and non-halal frozen food, and will update this article when we hear from them.

just inform the staff maa...maybe got customers want to buy and then cancel it then the customers just anyhow put....not happy just tell the people there maa.....haiyyyaaaaa.......that is life.....

Agree with everyone who mentioned "why make a big fuss". Human error or not...we ve the choice to buy or not. Just inform the management...that's it. Don't make it sound like someone put crispy pork belly on her nasi lemak. 🙄

the air you breathe is not halal too😄😄😄 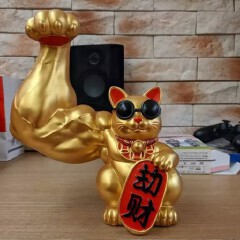 Please respect her religion. halal food can never be mixed with non halal food. This is the responsibility of the supermarket. The halal food section should be far away from pork section. Common sense for the supermarket manager.

could be circumcised pork??