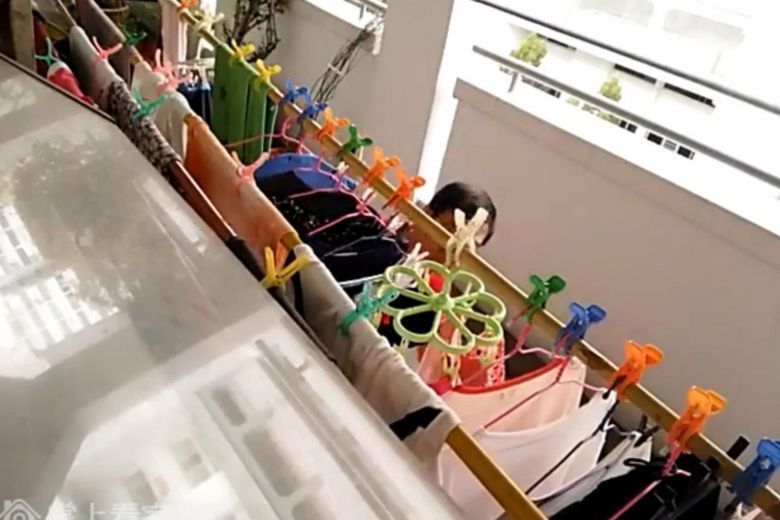 The police have arrested a 63-year-old man believed to have stolen undergarments in a series of cases in Bukit Batok.

Theft of undergarments at Block 106, Bukit Batok Central was reported to the authorities on 22 Feb.

After extensive ground investigations and footage from police cameras, Jurong Police Division officers uncovered the suspect’s identity and arrested him.

A clip of the man picking up a few brassieres and panties were posted on Facebook, and have now been made private.

A man who walked down the corridor bent down and went through clothes on a laundry rack, before removing some.

Li Jianbin, who posted the video, said that this was the fifth time such a theft was made, but the perpetrator had not been caught when he first made a police report.

The man who was arrested is believed to be involved in other similar incidents in Bukit Batok estate.

He can be jailed up to three years or fined if found guilty.