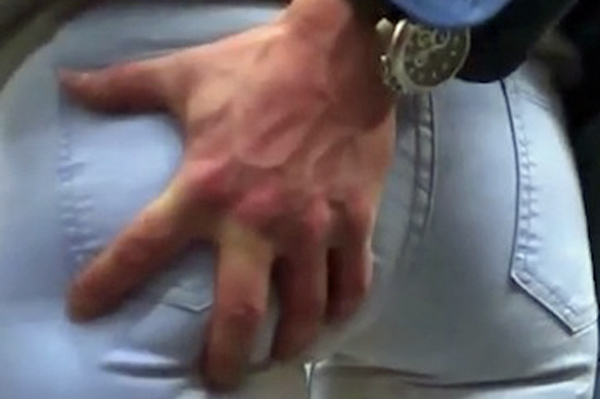 Both alone and in the presence of other family members, a 58-year-old man molested his then 14-year-old teenage stepdaughter in early 2012 and continued the abuse into 2013.

The taxi driver, who cannot be named to protect the girl’s identity, was sentenced to 11 months’ jail on Tuesday (27 Feb).

He had committed the offences in the family’s Bedok North flat.

The girl testified that she had been sleeping in the living room with her siblings when she felt someone step on the mattress. A hand squeezed her buttocks over her clothes, and when she opened her eyes she saw her stepfather walking away.

The next time he molested her, her younger brother spotted the offence but their mother laughed it off. She is still married to the convicted molester.

On a third occasion in 2012, he grabbed her hand as she entered his bedroom to retrieve clothes, causing her to lose balance and fall. He then grabbed her ankles as she was on the ground and stroked her from her chest to her groin area.

He also molested her in 2013 when she entered the flat with her siblings, after going out with them.

The girl, who had very little contact with her biological father, began meeting up with him and her brother in 2014 at a coffee shop.

She admitted to him what her stepfather had done during their third meeting, and he brought his two children to seek advice from the Association of Women for Action and Research (Aware).

Aware advised them to lodge a police report and she alerted them later that day.

The girl now lives with her maternal grandmother while her brother lives with his father.

Her convicted stepfather was offered bail of $10,000 and has his sentence deferred to 13 Mar.

Luckily the girl seek help before anything worse happen to her. How can her mum just ignore.....

just cane the man and cut it off!