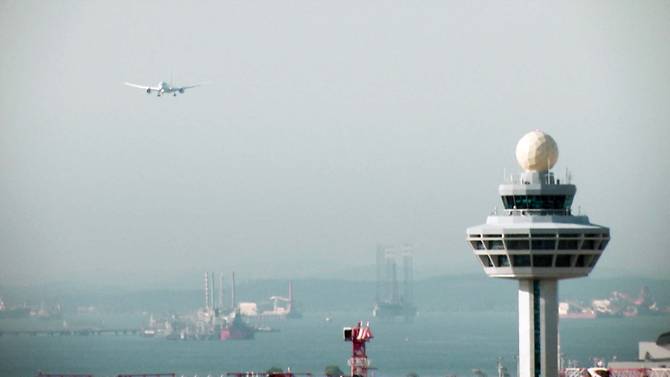 SINGAPORE: Travellers flying out of Changi Airport will have to pay S$13.30 more from Jul 1 to help fund a major expansion for the airport, including the building of Terminal 5 (T5), as well as an increase in the existing Passenger Service and Security Fee.

The bulk of the charge comes from a new Airport Development Levy. For passengers who begin their trips from Changi Airport, they will pay a levy of S$10.80, while transit passengers will pay S$3, the airport announced on Wednesday (Feb 28).

The new levy will be reflected on passengers’ air tickets and will form part of the ticket price.

The Passenger Service and Security Fee – a combination of the current service charge and a security charge – will increase by S$2.50 from Jul 1. From Mar 31, 2019, this fee will again increase by S$2.50 every year until 2024, which marks the mid-point of the construction phase of the Changi East project. The fee will then be reviewed.

Currently, travellers departing from Changi Airport have to pay a S$34 departure charge. The charge includes the passenger service and security fee, as well as a levy by the Civil Aviation Authority of Singapore.

With the new charges, passengers will have to pay a total of S$47.30 in airport fees from Jul 1 until further increases kick in on Mar 31, 2019.

Those transiting through the airport will pay a total of S$9 – including a development levy of S$3, and S$6 in a service and security fee, unchanged from currently.

Airlines will also see increased costs. Landing, parking and aerobridge fees, which are applicable to all flights at Changi Airport, will increase by 1 per cent from Jul 1. It will be further increased by 1 per cent a year until 2024, when a review will be conducted.

This is not the first time Changi Airport has increased fees to help fund expansion projects. In April 2013, when the passenger service fee was last raised, two projects were in the pipeline – the development of the new T4 and the expansion of T1.

This time, the higher fees will go towards paying for the Changi East project, which includes the new T5 as well as a three-runway system which started construction in 2016.

When completed in 2030, T5 will handle 50 million passengers a year initially and up to 70 million if needed – more than T1, T2 and T3 combined – bringing the airport’s total handling capacity to 135 million from 82 million currently.

T5 will also enable carriers such as Singapore Airlines to add links and routes to enhance the nation’s connectivity. Singapore Airlines CEO Goh Choon Phong has said that the carrier is already facing difficulties adding more flights during peak hours.

Changi Airport has said that the need for a third runway is “more urgent” than T5, as the airport’s current two runways will soon reach full capacity.

The third runway, a new 4km-long airstrip, will be ready for civil aviation use in 2020, and the three-runway system will start operating in the early 2020s.

The fund will also go to the construction of tunnels and systems that will help move passengers, baggage and airside vehicles within Changi East and also between Changi East and the other terminals.

In addition to these, extensive land preparation and drainage works at Changi East which are needed to prepare the site for construction, have been ongoing since 2014.

FUNDING TO COME FROM THREE PARTIES

The Changi East project is expected to cost tens of billions of dollars, comparable to planned airport expansions in London and Hong Kong, and will be funded through joint contributions by the Government, Changi Airport Group and airport users.

The Government will cover the bulk of the costs, and has already contributed more than S$9 billion to the project. Changi Airport Group has committed S$3.6 billion to date and will commit its reserves and future surpluses, as well as take on substantial borrowing to fund the project, it said.

With 62.2 million passengers passing through its terminals in 2017, Singapore’s Changi Airport is the seventh busiest international airport in the world. Passenger traffic at the airport is forecast to grow 3 to 4 per cent a year over the next 20 years.

no money don't build lah.so many airport in such a small country