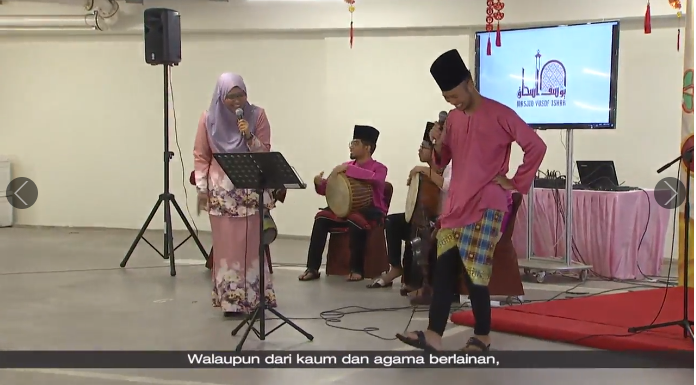 Masjid Yusof Ishak apologised for an “inappropriate” dance demonstration during the Chinese New Year celebrations held at the mosque premises on Saturday (24 Feb).

The apology, posted on the mosque’s Facebook page, came after the event drew flak from some netizens who questioned why such an event was held in a mosque, instead of another venue like a Community Centre.

It may also be inappropriate for Chinese to consume Halal food