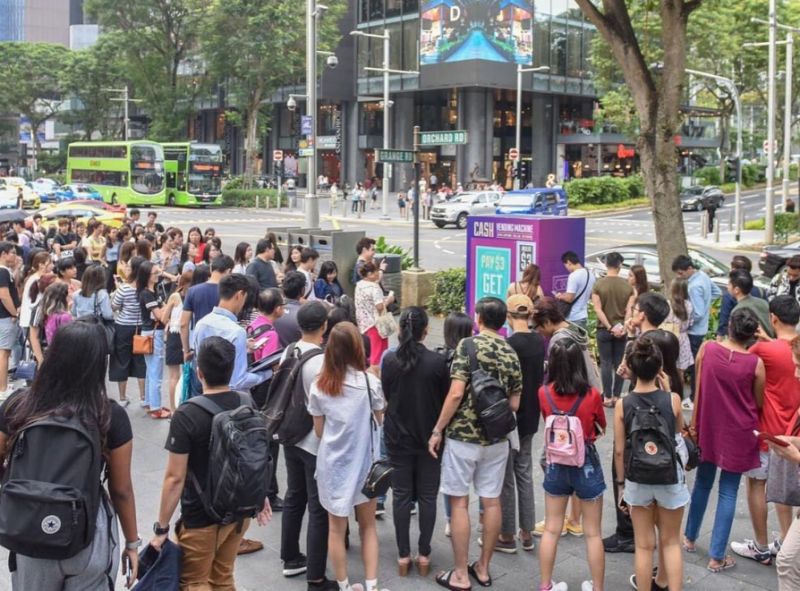 A “cash vending machine” marketing stunt that caused a mob at Raffles Place on Wednesday (28 February) has been revealed to be telco Circles.Life’s promotional tactic for a new pay-per-day unlimited mobile data plan.

A spokesperson from the company told Yahoo News Singapore that a second scheduled event for 28 February was cancelled due to concerns over managing the “extreme interest” from the public, and advice given by police.

Circles.Life’s spokesperson also played down the suggestion that the event was cut because the company did not have a permit for it.

“This was an unprecedented event which no one has attempted before. Given this, there was no existing information on whether this activity required a permit. The event ending prematurely had more to do with managing the massive interest for the activity,” said the spokesperson.