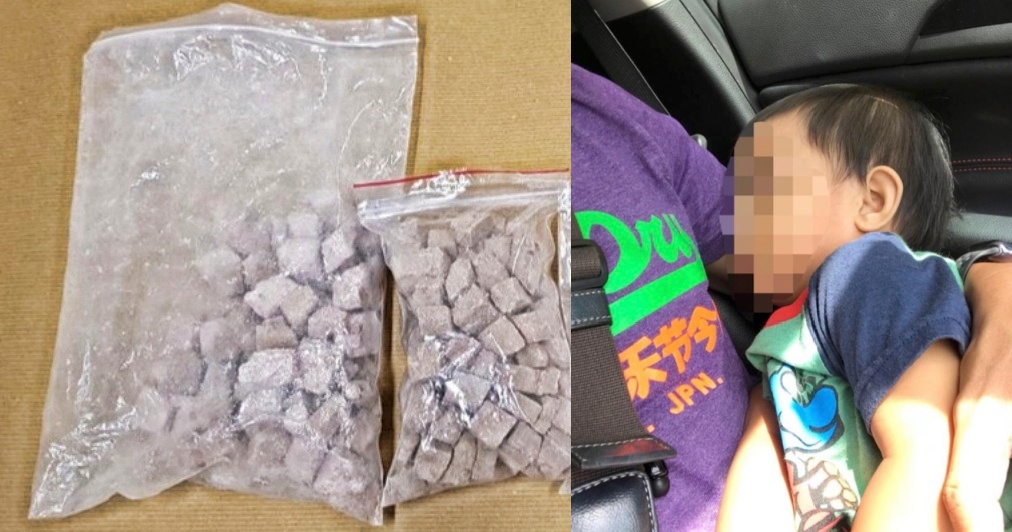 The Central Narcotics Bureau (CNB) recently concluded a successful recovery operation to rescue a toddler who was left in the care of drug traffickers.

On Monday, February 26, the CNB apprehended a 33 year-old female suspected drug trafficker at Kinta Road (Little India district). She was carrying 195g of heroin and 27g of methamphetamine (also known as “Ice”). The CNB also found 20 MDMA (also known as Ecstasy) tablets at her home.

In the course of its investigations, CNB found she was the caregiver of a one-year-old toddler.

When she was apprehended, the toddler was not with her. Instead, she revealed that the baby was being cared for by two other suspected drug traffickers.

There in the hotel room, the CNB also found a suspected drug abuser (41-year-old female) and 640g of heroin. According to the CNB, 640g of heroin can feed the addiction of 305 abusers for a week.

The CNB also arrested a 34-year-old man who booked the hotel room, also suspected to be a drug trafficker.

The toddler was safely transferred to the Child Protective Service of the Ministry of Social and Family Development.

The CNB also said efforts are currently underway to find the child’s biological mother, who is also wanted for drug offences, with a spokesperson noting that the boy was abandoned by his mother and left in the care of a suspected drug trafficker.

All images via CNB.