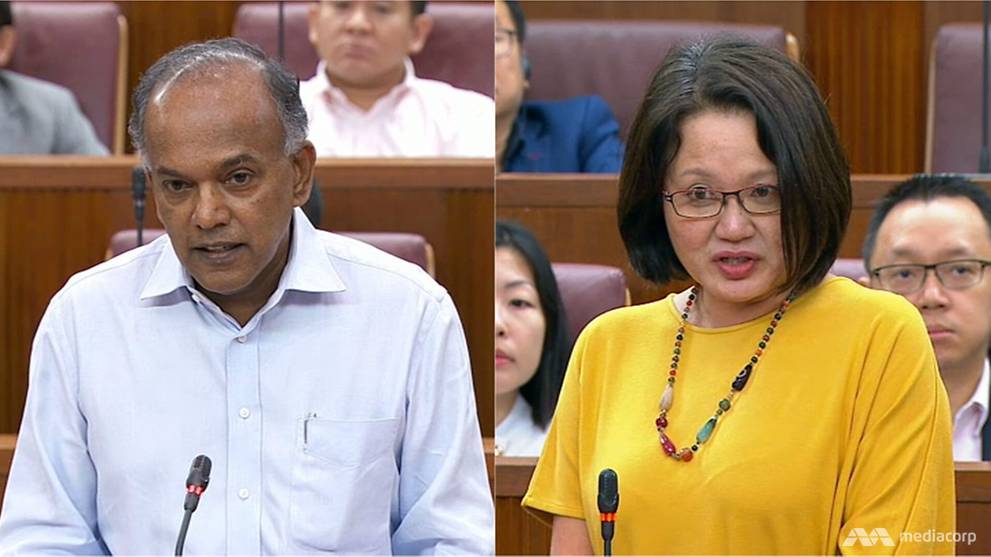 SINGAPORE: Despite Workers' Party Chairman Sylvia Lim earlier stating in Parliament that the opposition intended to support the Budget, all eight opposition Members of Parliament (MPs) present ended up voting against it on Wednesday (Mar 1).

The party’s secretary-general, Low Thia Khiang was not present for the vote.

This was due to a difference in opinion between Finance Minister Heng Swee Keat and Ms Lim. The Workers' Party had earlier said they would not be able to support an impending goods-and-services tax (GST) hike announced in this year's Budget, slated for between 2021 and 2025.

When it was time to vote, Ms Lim said she had made it clear that the Workers' Party supported the Budget as far as the measures of the Budget went, but the GST announcement was not being implemented as part of this Budget.

But Mr Heng clarified that the debate is on the financial policy of the government which includes the GST increase in coming years. Just before a division was called, Ms Lim once again reiterated the party's stand that it was unable to support the announcement on the future GST hike.

The vote came at the end of a series of exchanges between Ms Lim, Mr Heng and Law Minister K Shanmugam.

Mr Shanmugam took issue with Ms Lim's comments that the Government had floated a "trial balloon" about the need to raise revenue in the run-up to the Budget, then possibly "backed down" due to the negative public reaction.

"I rather suspect myself that the government is stuck with that announcement. Otherwise, if that announcement had not been made, perhaps we would be debating a GST hike today," Ms Lim had said.

"Can I invite her to agree that this is a thoroughly hypocritical and dishonest statement and typical of the statements she makes in this House?" he said.

Mr Shanmugam said that Prime Minister Lee Hsien Loong first talked about a tax increase during the National Day Rally in 2013, while Mr Heng spoke about it again during the Budget last year.

In addition, announcing the GST well before it happens has precedence, he clarified. He said that the GST was first mentioned in 1986, but only came into force almost 10 years later, in 1994.

"Given those sets of facts, would Ms Lim be prepared to withdraw the very serious allegations she makes ... basically making an accusation that the Government is behaving willy-nilly, dishonestly," he said.

"I can understand why he wants to accuse me of various things because he probably was not happy about past debates where I had disagreed with some of his legislative changes and in typical fashion, he always accuses me of dishonesty when as far as I am concerned I've acted honestly," she said.

When pressed to withdraw her statement that the Government "behaved dishonestly", she denied that was what she said.

"I clearly said that it was my suspicion ... it's my honest suspicion, am I not entitled to have a view?" she jumped up to say at one point, prompting Speaker Tan Chuan-Jin to remind the House that members should wait for him to call them before speaking.

To this, Mr Shanmugam said that voicing a suspicion without being able to back it up was contrary to the standards of a "First World Parliament", which was the Workers' Party's slogan at the 2011 general election.

The Aljunied GRC MP retorted: "If I recall earlier debates, even PAP MPs were encouraged to come to the House to convey even rumours so that the Government has the opportunity to refute them. This is the value of this chamber."

Mr Heng then clarified that the statement that Deputy Prime Minister Tharman Shanmugaratnam had made earlier about having enough revenue for this term of Government was correct.

"I want to present myself as your witness because I have been working on this ever since I became Finance Minister."

He said that he has been looking at all the revenue and expenditure projections again and discussed them with the prime minister and deputy prime ministers.

"It is an honest assessment of our position which remains accurate until today and that is why I did not have to do a GST increase now, in this Budget,” Mr Heng explained. "So it was not a case of floating any trial balloon."

He also asked Ms Lim to withdraw her statement.

"I've listened to the Finance Minister’s response. I still feel that there is nothing wrong with what I've said. But I’ve noted his answer," Ms Lim responded. 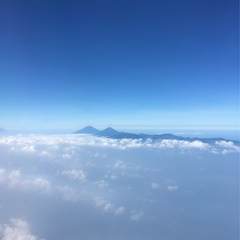