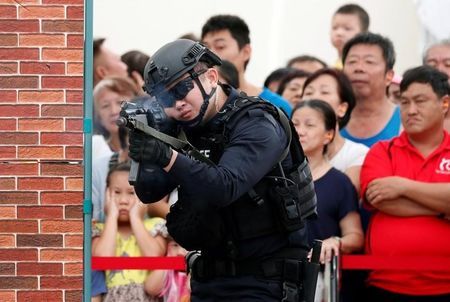 SINGAPORE (Reuters) - A proposed law in Singapore that would allow authorities to ban the transmission of images from terror attacks and reports about security operations has drawn criticism from non-government bodies and security experts as a curb on press freedom.

Under the proposed law, authorities could prohibit anyone from taking videos or photographs of the area of a terror attack or transmitting them and could also ban the communication of text or audio messages about the security operations in the area.

The wealthy city state is ranked as one of the world's safest countries, but it has stepped up its terror-fighting capability in recent years as militant activity has increased in Southeast Asia.