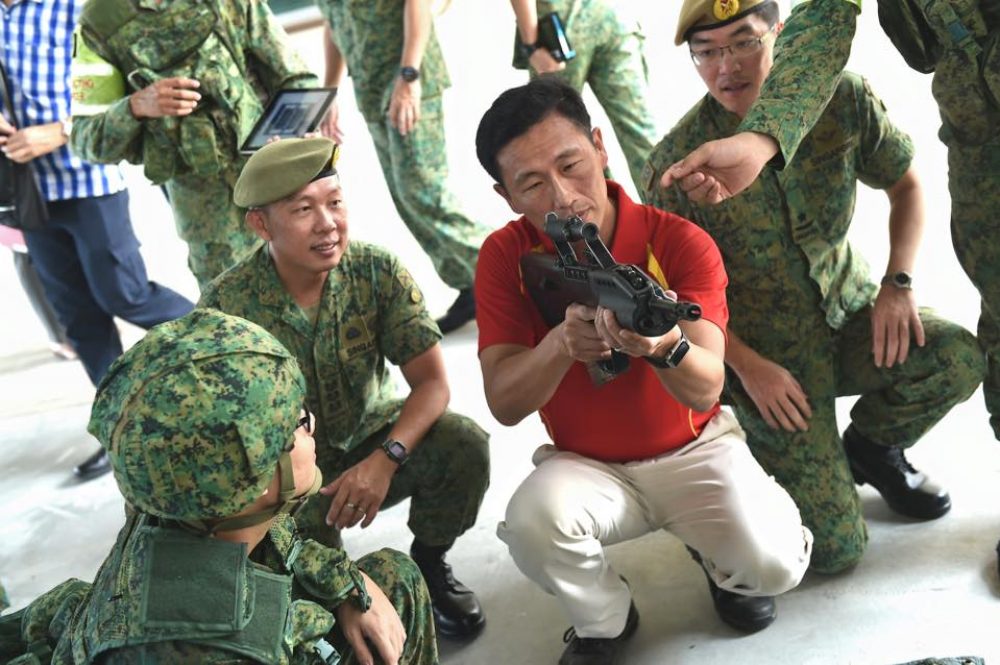 Ong Ye Kung: All army recruits from combat units will go through BMT on Tekong

The intake system for National Service has been shaken up.

Second Minister for Defence Ong Ye Kung announced on March 2 that all full-time National Servicemen (NSFs) will enlist together in the Basic Military Training Centre (BMTC) on Pulau Tekong.

Previously, some NSFs performed their Basic Military Training (BMT) at specific camps of their combat units, otherwise known as the mono-intake system.

But now, those guys will attend a common nine-week course at the BMTC on Pulau Tekong, in a move aimed at strengthening unit identity and making sure that everyone suffers shares a common experience.

“These NSFs will benefit from BMTC’s dedicated training experience, infrastructure and use of technology. Most importantly, they will share a common experience, within the unit, and within the SAF tribe.”

This programme, known as One-BMT, was first trialled in Aug. 2016 and more than 2,500 recruits have gone through it.

The programme was fully implemented in Nov. 2017.

Recruits selected to join a unit during the One-BMT programme, such as the infantry, armour and Guards formations, are more likely to be posted back to their One-BMT unit if they attend command school after basic training.

However, certain NSF vocations are exempted from this move. These include:

It looks like almost every Singaporean son will now have a Tekong story of their own to share.