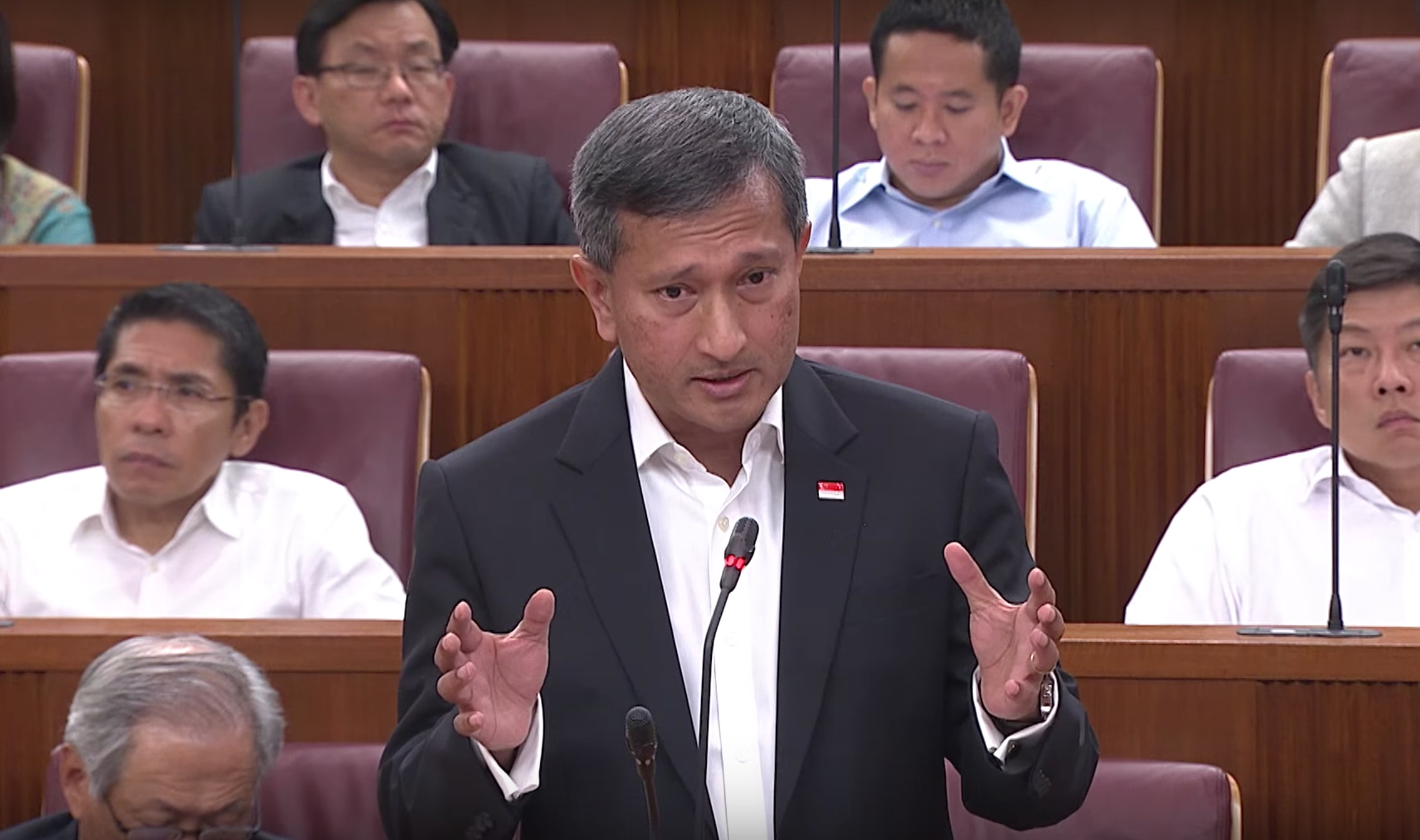 In a Budget where only GST-talk mattered, Vivian Balakrishnan tries to talk about importance of international relations

Foreign Minister Vivian Balakrishnan gave a speech yesterday (Mar 1) during the Committee of Supply (COS) Debate.

The debate comes after the Budget Statement that was delivered by Minister for Finance Heng Swee Keat on Feb 19, and its purpose is to, well, debate the Budget.

Everything you need to know about Budget Statement 2018

While the and the  topped recent headlines, when it comes to topics such as our foreign relations, or China-US relations, the overarching question most Singaporeans have is this: how is this relevant to us?

Or more importantly, why should we care?

Here’s what he has to say about why Singaporeans should be concerned about such major power relations:

What does international issues have to do with us?

Our multi-cultural society is potentially vulnerable to foreign interference.

“International issues will increasingly be dragged into the domestic discourse.

Our open, multi-racial, multi-religious society gives many opportunities for foreign actors who are trying to test our resolve, or even undermine our unity.”

Being well-informed would allow us to be discerning when it comes to information.

“Singaporeans must be well-informed, not only about the multitude and diversity of views, but also the corresponding trade-offs we have to weigh up.

Singaporeans have to be discerning towards “fake news” and not allow ourselves to be distracted and divided.”

On how Singapore fits in US-China relations

We hope US-China relationship will be stable.

“Now for us, because of our close relationship with both the US and China, we hope that there will be a stable US-China relationship because if they maintain the peace, there will be peace, stability and prosperity in the Asia-Pacific.”

US and China are highly interdependent.

“… there will be an element of competition between the US and China.

But the big difference from, say, the Cold War is that the US and China are highly interdependent in a way which was never present in the relationship between the Soviet Union and the US.”

Both will stand to lose in a conflict.

“So we hope that both sides will see that there is too much to lose by confrontation and by conflict.”

Trade wars between US and China would harm us too.

“We of course view a trade war with great concern.

… for instance, the tariffs that the US is imposing on solar panels, even washing machines.

The target was China and Korea, but because Singapore also makes solar panels, we also become collateral damage.

This illustrates the danger of a full-blown trade war.”

Singapore doesn’t want to choose sides, or be forced to do so.

“Singapore aims to be a friend to all.

What this means is that we do not wish to be forced to choose sides or to be caught in proxy battles.”

In short, Singapore is close to both China and the US. If they get along with each other, it’ll be a more peaceful region.

And peace in the region helps with trade relations with our neighbouring countries, and facilities better economic integration among us all.

When China does well, we benefit too.

“We have always believed that a successful, stable China is good for our region.”

We are Singaporeans first before our ethnicity.

Ethnicities aside, we’re still a sovereign nation that’s distinct from the People’s Republic of China, as with all other independent nations.

“… I think, as people with Chinese ancestry, at the cultural level and the emotional level, we must take pride and joy in that achievement (rise of China and lifting of millions from abject poverty to the middle class).

But we are also aware that we are not Chinese citizens, and Singapore is the only political entity, the only state in the world where Chinese are the majority, but we are not under the Communist Party of China.”

Differences between countries are normal

We mustn’t get flustered easily by minor skirmishes along the way which other entities, like the foreign media, might capitalise on.

“… we must expect differences in perspective, and we must not get flustered even when pressured. This is to be expected.

This is almost par for the course in international relations.

Because you cannot expect two countries’ interests to be completely identical.”

But we understand each other better now

“… I would say that these episodes over the last two, two and a half years, have helped both sides to understand each other’s position better.

I think it has made for a more mature relationship.”

You can read his entire speech .