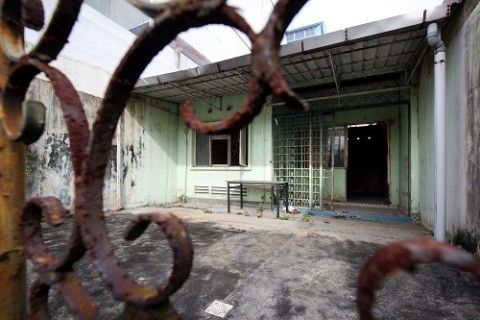 At Knight Frank’s auction on Feb 27, the main attraction was an abandoned house that was once occupied by two reclusive sisters, Pearl and Ruby Tan.

They shot to fame posthumously when their skeletal remains were found in their home at 17 Jalan Batai, located off Upper Thomson Road on two separate occasions.

The remains of one was found in the toilet in 2006 by an officer from the National Environment Agency checking for mosquito breeding, and remains of the other in a guest room in 2015 by a contractor engaged by the Building and Construction Authority to clear debris.

they are in heaven in a bigger bungalow house.

From the foto, can see a lot of rich old people at the auction. Lots of good digs at such auctions