Should you be worried? Loan sharks seen setting fire to flats, harassing people in viral video!

A set of videos depicting loan shark harassers setting fire to flats have gone viral, causing netizens worry that their blocks could be next.

However, a Facebook post from the Singapore Police Force states that there is nothing to fear - the videos feature old cases in 2015 and 2017 that have since been solved.

Facebook user Kah Tat Quek had shared the post on the Singapore Police Force's Facebook page on Sunday (4 Mar), writing, "Please do something about this ah long (loan shark)."

The original post had been done by Daniel Nganasekaran, who shared four videos on 2 Mar.

It is unclear where the videos were taken, when they were taken or if they are linked.

The videos have been viewed more than 880,000. The first depicts a tattooed man punching another man through the gate of the flat after mumbling about money owed.

The others show a person setting fire to the doors of flats.

The police wrote in a reply to Quek's post, "The police have established that these videos are from past cases which have been solved."

"Members of the public are advised against speculating or spreading unverified information to avoid creating unnecessary alarm," said the police.

Anyone with information on unlicensed moneylending activities should also lodge a police report at any neighbourhood police post or online, they noted. 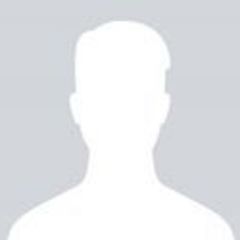