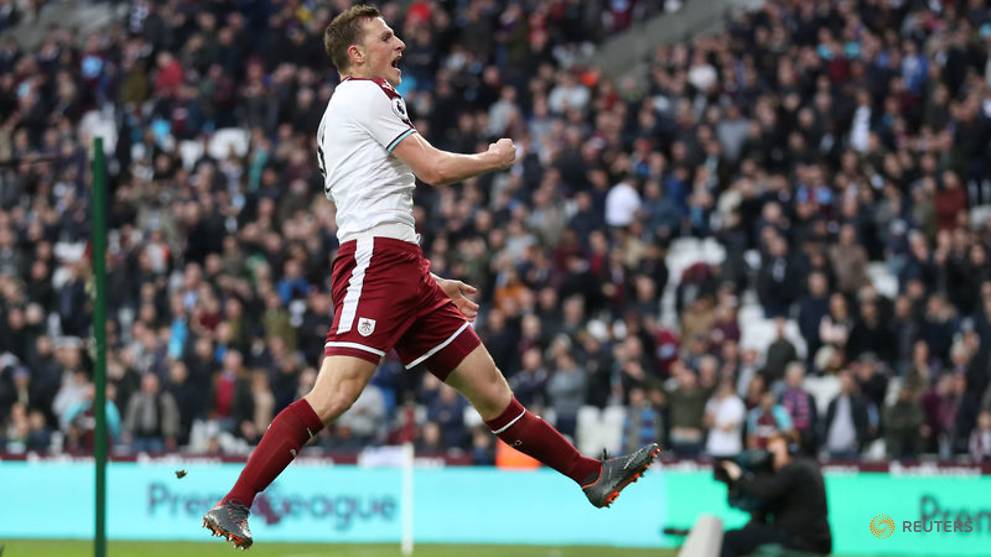 March 10: West Ham United could face serious repercussions after several pitch invasions and ugly scenes in the stands during the second half of a crushing 3-0 home Premier League defeat by Burnley on Saturday.

West Ham dominated the first half in which Burnley's keeper Nick Pope made several fine saves but everything turned sour at the London Stadium after the break.

Ashley Barnes fired Burnley ahead in the 66th minute, prompting one fan to run on to the pitch where he grappled with West Ham skipper Mark Noble.

If that was not bad enough Chris Wood doubled Burnley's lead minutes later and this time there were scuffles in the stands and one fan ran on and took the corner flag, attempting to plant it on the centre spot.

Wood made it 3-0 after a bad mistake by England keeper Joe Hart to seal a fourth defeat in five games for David Moyes's team. By that stage the action on the pitch had become almost incidental with fans directing their anger at the club's chiefs.

A group of fans began to taunt West Ham's owners David Gold and David Sullivan in the directors' box with both being escorted away before the final whistle for their own safety.

Some young West Ham fans were even allowed to sit on the Burnley bench as things threatened to turn ugly.

The club issued a statement saying an investigation would be launched immediately.

"West Ham United have immediately launched a full and thorough investigation into the incidents which marred the second half of today's match and are committed to taking decisive and appropriate action," it said.

"An emergency meeting has been called with all London Stadium stakeholders. There will be no further comment at this time."

Defeat left West Ham in 16th place, three points above the relegation zone and facing a crucial clash with 17th-placed Southampton at the London Stadium next.

"Up until the goal you wouldn't have thought that it would have been such a bad day," Moyes said.

"We had played well enough to be in front but the first goal quickly altered things.

"Since I've been here (the fans) have been really good. But you can't cross the line and come on the pitch. A lot of my players did well with the way they acted."