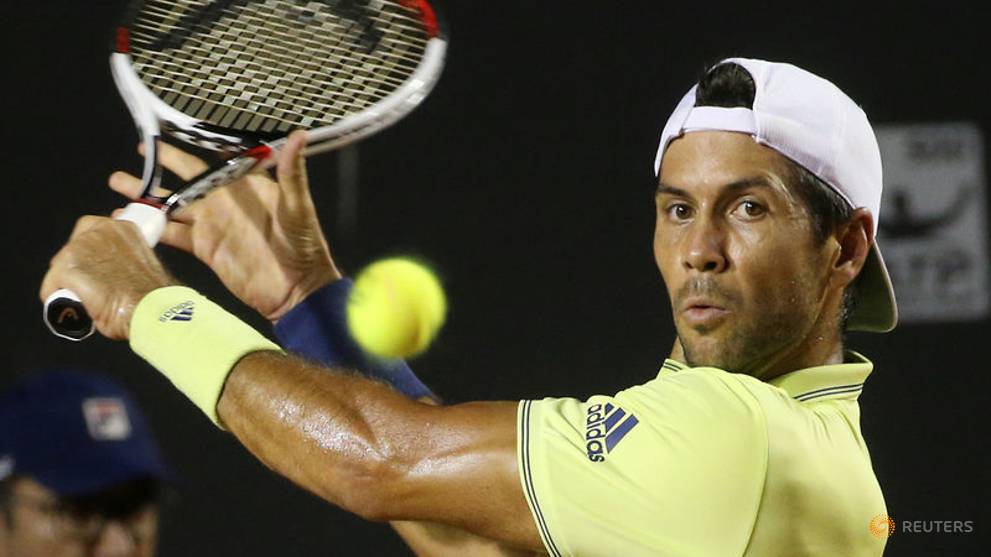 Verdasco's first serve proved nearly unplayable in the deciding set of the second round match as he improved his career head-to-head record against Dimitrov to 2-2.

The 34-old, who has seven career titles, pounded down 12 aces, including six in the deciding set.

Dimitrov won the ATP Finals in November, and three weeks ago lost to Federer in the final of the Rotterdam tournament.

The two-hour-plus match delayed the start of the evening session on centre court, where top seed Federer finally made his first appearance in the event, up against 67th-ranked Argentine Federico Delbonis.

The defending champion, at 36 the oldest men's world number one, took little time breaking left-hander Delbonis in the fourth game, and claimed the first set 6-3.

But rain, a rarity in the desert, stopped play at 2-2 in the second set.

Thiem has already won a tour-leading 17 matches this season, but he had to work hard to beat 19-year-old Tsitsipas, who reached the quarter-finals in Dubai last week and is ranked 71st in the world.

(Reporting by Andrew Both in Cary, North Carolina; editing by Amlan Chakraborty)