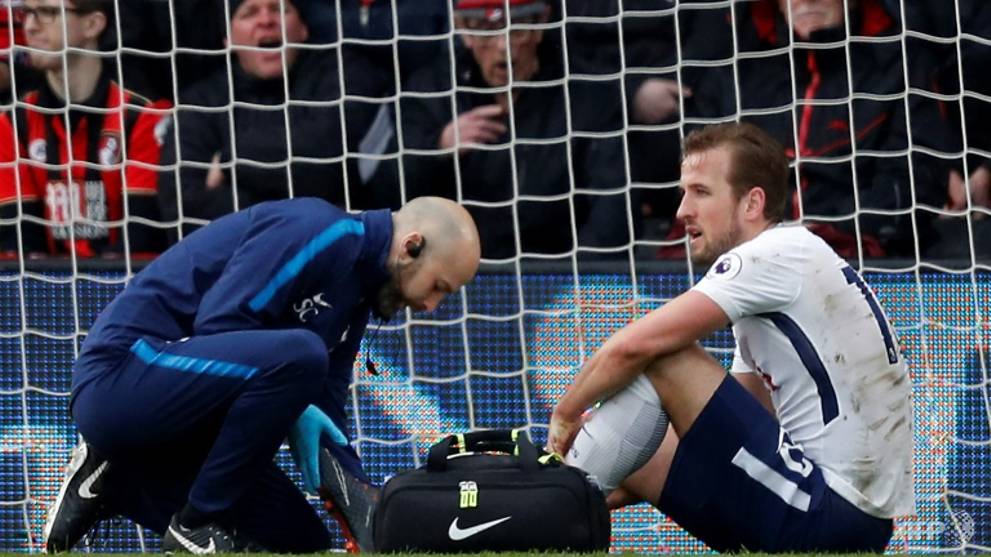 LONDON: Tottenham and England face an anxious wait to find out the full extent of Harry Kane's ankle injury, saying they will not know the severity of the damage until Tuesday at the earliest.

The England striker, 24, was due to undergo a scan after limping off during the first half of Spurs' 4-1 win at Bournemouth on Sunday, just three months before the start of the World Cup in Russia.

Reports said that swelling around Kane's right ankle needs to reduce before the extent of the injury can be determined.

Spurs play Swansea in the FA Cup quarter-finals at the weekend while England manager Gareth Southgate will on Thursday name his squad for forthcoming friendlies against the Netherlands and Italy.

Kane, who has 39 goals for club and country this season, left the stadium in Bournemouth on crutches and wearing a protective boot after sustaining the injury in the process of scoring a disallowed goal in the first half.

He hobbled around the side of the pitch and appeared to be preparing to come back before disappearing down the tunnel to be replaced by Erik Lamela.

He was sidelined for seven weeks and missed 10 Spurs games due to the initial injury, picked up against Sunderland in September 2016.

However, he then returned to action within a month of sustaining a similar problem in an FA Cup tie with Millwall last March.

Tottenham manager Mauricio Pochettino, whose side are chasing a top-four finish in the Premier League, was optimistic about the latest injury setback and said Kane remained upbeat.

"We hope that it's not a massive issue," said the Argentine coach. "He felt that when he ran and twisted his ankle that it was impossible to stay on the pitch.

"Harry has a great character and is always positive, happy with the victory for the team, of course disappointed with his problem. But if you're positive you start the recovery from injury from now."