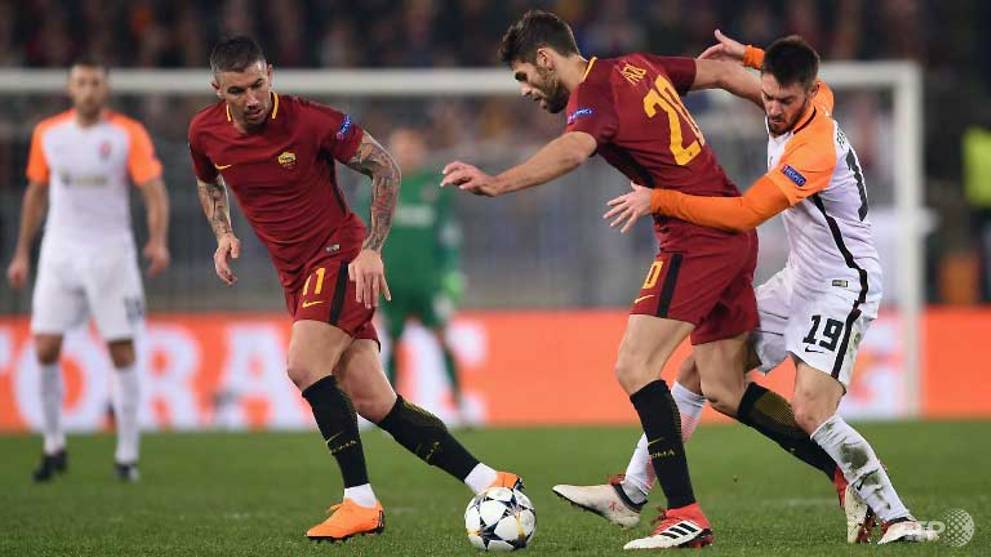 ROME: Roma reached the Champions League quarter-finals for the first time in 10 years as Edin Dzeko edged them past Shakhtar Donetsk 1-0 at the Stadio Olimpico on Tuesday (Mar 13) for an away goals victory.

The Bosnian striker's 52nd-minute goal proved enough after a 2-1 first-leg loss in Ukraine, with 10-man Shakhtar failing to find the late strike they needed after Ivan Ordets was sent off.