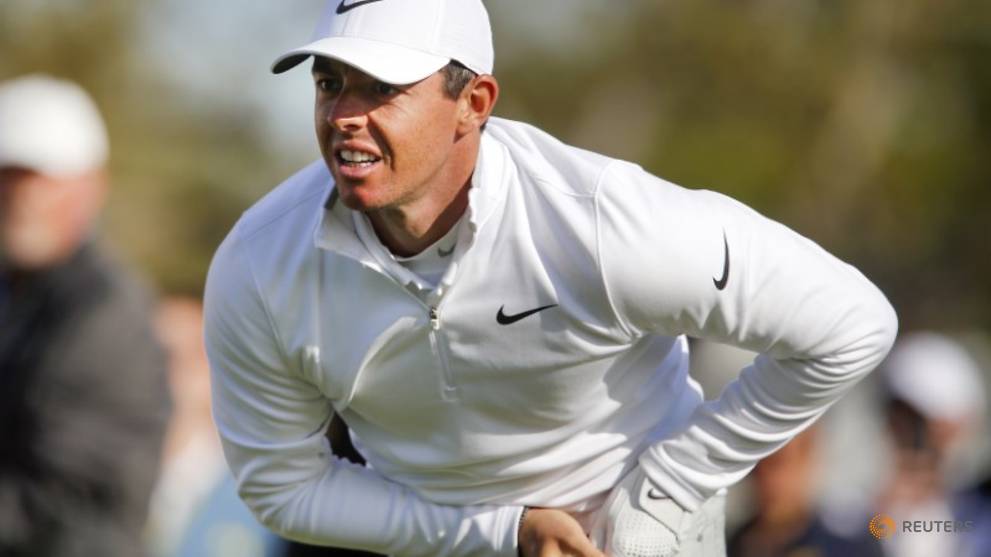 Rory McIlroy believes Sunday's Arnold Palmer Invitational triumph provided vindication to his assertion that he was close to his best as the Northern Irishman hopes to carry that form to a maiden U.S Masters victory at Augusta next month.

REUTERS: Rory McIlroy believes Sunday's Arnold Palmer Invitational triumph provided vindication to his assertion that he was close to his best as the Northern Irishman hopes to carry that form to a maiden U.S Masters victory at Augusta next month.

McIlroy entered last week's tournament in patchy form after missing the cut in two of his four PGA Tour starts this year but the 28-year-old produced a spectacular final round at the Bay Hill Golf Club to win a first title since 2016.

"I have even more optimism now," McIlroy told reporters. "It was just more validation that what I've been doing has been correct. It all sort of just came together.

"...I'm optimistic not just the next few weeks but the whole season. It's great to get a win early. I've got all that great stuff to fall back on, how I handled Sunday.

"I've always been able to turn negatives into positives... I went with the feeling that felt quite comfortable going into last week. And I'll hopefully continue to have that feeling for a while."

McIlroy said that winning was his main goal and dismissed the notion that silencing his critics gave him extra motivation.

"I don't care because people don't know the full story," he added. "They make comments and they speculate but they don't have the facts 100 percent so they never really know. It's all speculation."

McIlroy faces Peter Uihlein in his opening group contest at the WGC-Dell Match Play in Texas later on Wednesday, two weeks before the Masters tees off on April 5. A victory in Augusta would give the Briton a career grand slam of major titles.

The 2015 winner has been handed a favourable Group 6 draw that includes Americans Uihlein and Brian Harman, who will be making their tournament debuts, and Venezuela's Jhonattan Vegas at the Austin Country Club.

British Open champion Jordan Spieth, who is also competing at the Match Play event, believes four-time major champion McIlroy is the player to beat at any tournament provided the Northern Irishman can maintain his fitness.

"Whether he won last week or not, he's always a force," Spieth said. "He just needs to be healthy. And I think most of last season, it was a struggle for him...

"So just being rested, healthy and on the right path meant this year and going forward, Rory is Rory. And so he should always be a favourite at any event."

(Reporting by Aditi Prakash in Bengaluru)