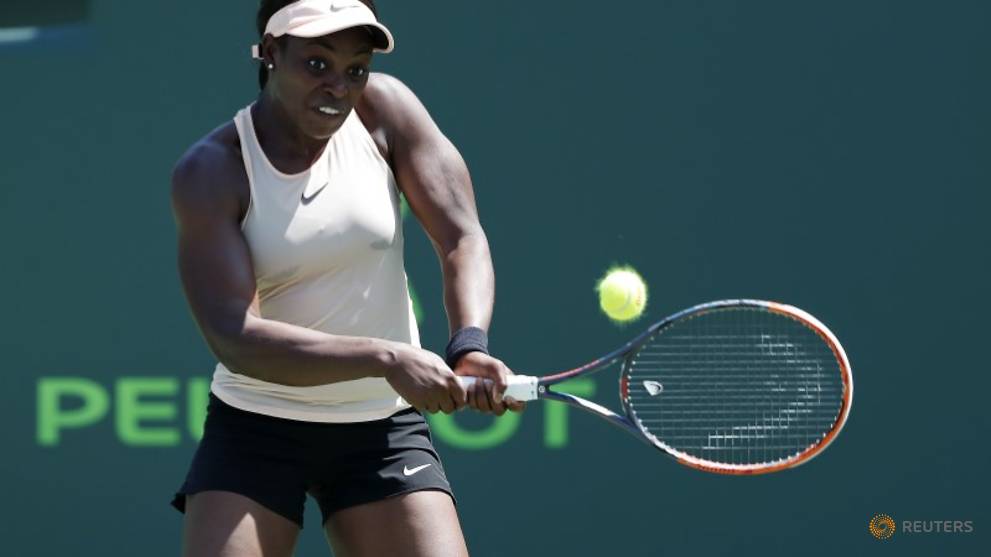 Stephens, who raised her game to levels similar to last year when she captured a maiden major title in New York, dictated play against the Wimbledon champion from the start.

The American 13th seed raced out of the gate by taking eight of the first nine points of the match. After securing a break in the fifth game of the second set, Stephens sent Muguruza packing with a backhand on the line on her second match point.

Stephens, who equalled her best result in Miami having also reached the quarter-finals in 2015, will next face German 10th seed Angelique Kerber, a 6-7(1) 7-6(5) 6-3 winner over Chinese qualifier Wang Yafan.

Fifth seed Pliskova, who reached last year's Miami semis, was first to reach the quarters after Zarina Diyas of Kazakhstan was forced to retire injured while trailing 6-2 2-1.

Former world number one Pliskova was efficient from the start and did not drop a point on her first serves in the entire match against Diyas, who took multiple medical time-outs and was visibly struggling with her movement.

Next up for Pliskova will be either former world number one Victoria Azarenka of Belarus or Polish 30th seed Agnieszka Radwanska.

(Reporting by Frank Pingue in Toronto, editing by Pritha Sarkar)