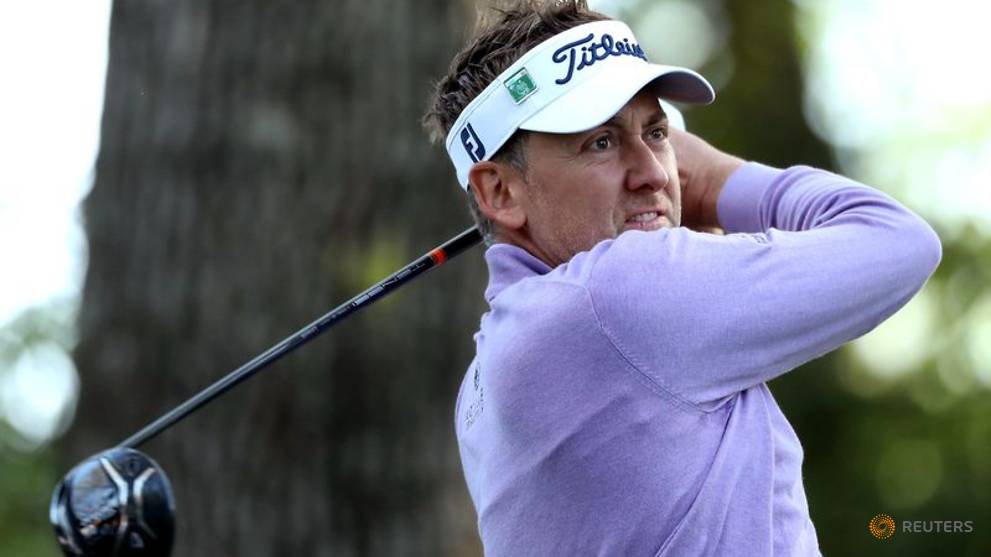 Ian Poulter sank a four-foot putt at the final hole to salvage bogey and ensure he would make the halfway cut at the U.S. Masters on Friday.

Ian Poulter of England hits off the second tee during second round play of the 2018 Masters golf tournament at the Augusta National Golf Club in Augusta, Georgia, U.S., April 6, 2018. REUTERS/Lucy Nicholson

AUGUSTA, Ga: Ian Poulter sank a four-foot putt at the final hole to salvage bogey and ensure he would make the halfway cut at the U.S. Masters on Friday.

“As a group we were slow but I’m not going to say the reasons why we were slow. Let me just say ‘we’,” Poulter told a small group of reporters after carding a second-round 75 for five-over 149 in demanding, windy conditions at Augusta National.

Poulter, who considers himself a fast player, appeared to blame the slow play on the other members of his group, Trevor Immelman and Patrick Cantlay. However, he did not specify who he considered to be the chief culprit.

“I’m quite comfortable being on the clock every single shot,” Poulter continued. “I’m not going to fall foul. I know I’m quick enough.

“We have to be on the clock. We’re too slow. When you’re too slow you need to speed up, end of conversation.”

At the par-four 14th, after pulling his drive left, he was hindered by a couple of stately pines.

Watched by a gallery that included his father Terry, he eyed a gap in the trees and hit a soaring high recovery shot that threaded the needle nicely.

It flew, however, straight into the grandstand right of the green, prompting Poulter to yell “fore” as the spectators ducked for cover, successfully avoiding the incoming fire.

Poulter had another encounter with the woods at the par-four 18th, where he yanked his drive into a magnolia tree and got a little lucky when his ball settled in a clearing - 255 yards from the hole but at least not in an unplayable lie.

He was not displeased with his performance, less than a week after resurrecting his career by winning the Houston Open and earning the final spot in the Masters field.

“This is always going to be a tricky week coming off last week,” he said.

But with the cut safely negotiated, he has his eye on the leaderboard, drawing hope from the 67-67 he shot on the weekend three years ago to tie for sixth, even if he incorrectly recalled it to be a pair of 66s.

(Reporting by Andrew Both, editing by Pritha Sarkar)