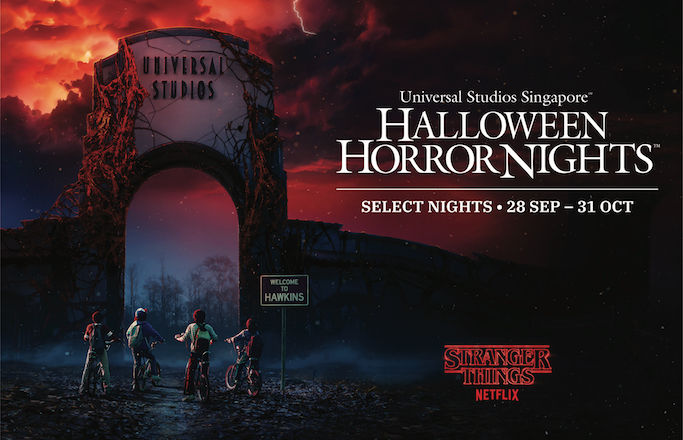 Be part of Stranger Things at HHN 2018

Fans of the series will get the chance to brave the Upside Down and confront the supernatural as each park debuts all-new mazes inspired by season one of the critically-acclaimed series.

The parallel universe, referred to as the Upside Down, that terrorized the small town of Hawkins, Indiana in Netflix’s mega-hit “Stranger Things” will be featured as the main setting. Participants can be prepared to get stalked and scared by the Demogorgon throughout the night.

Working collaboratively with Netflix, along with the creators and executive producer of the blockbuster series—Matt Duffer, Ross Duffer and Shawn Levy, the mazes at Universal Studios Hollywood, Universal Orlando Resort and Universal Studios Singapore will be authentic representations of “Stranger Things,” designed to transport guests into artfully recreated scenes and storylines.