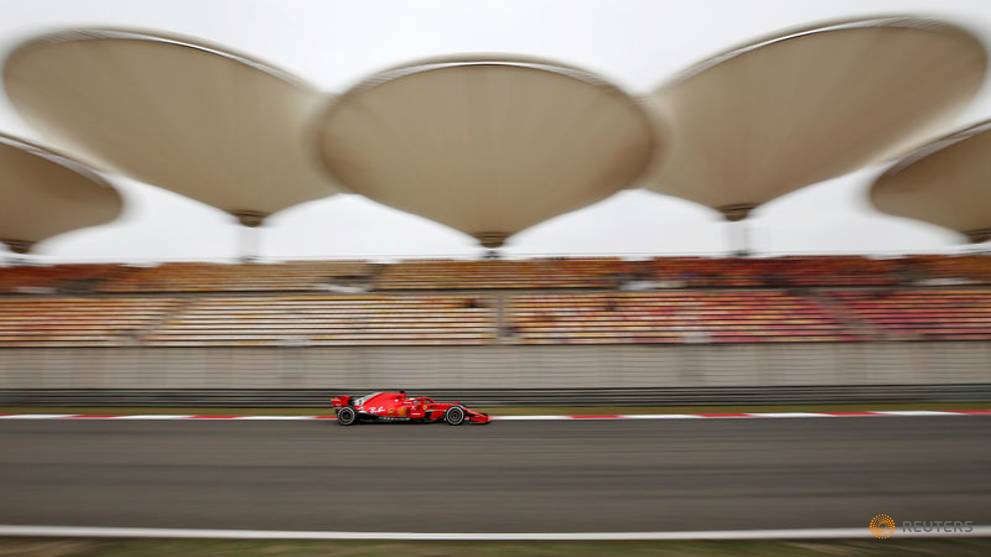 The 30-year-old turned up the heat at a cold Shanghai International Circuit with a scorching lap of one minute, 33.018 seconds which put him a 0.451 seconds clear of Raikkonen.

Crucially, it was a full second clear of Hamilton's quickest effort.

The Briton was fastest in both of Friday's practice sessions but appeared to struggle for grip on the cold track on Saturday morning, even spinning at one point as asphalt temperatures plummeted to 15 degrees centigrade.

It was left to Valtteri Bottas, therefore, to lead Mercedes' challenge. The Finn duly picked up the baton to set the third quickest time but was 0.743 seconds off Vettel's pace.

It was far from a trouble-free session for the former champions, with Australian Daniel Ricciardo sidelined by an blown power unit.

Ricciardo ground to a halt a little over halfway through the session with the Tag Heuer-badged Renault engine in the back of his car belching smoke and fire.

Kevin Magnussen was sixth for Haas, with the American outfit once again marking themselves out as the best-of-the-rest, ahead of Force India pair Sergio Perez and Esteban Ocon.

Carlos Sainz was ninth for Renault with Sergey Sirotkin an encouraging 10th for former champions Williams, who are enduring their worst start to a season since 2013 and are the only one of the 10 teams yet to score a point.

Vettel, winner of the opening two races in Australia and Bahrain, currently leads Hamilton in the overall standings by 17 points.

But the Briton, like Vettel a four-times champion, has won in Shanghai an unprecedented five times and is determined to claw back at least some of that deficit on Sunday.

His Mercedes team have also started each of the last six Chinese Grands Prix from pole.

Vettel will, however, go into qualifying later on Saturday as favourite to break the German marque's stranglehold and hand Ferrari only their second pole in China.