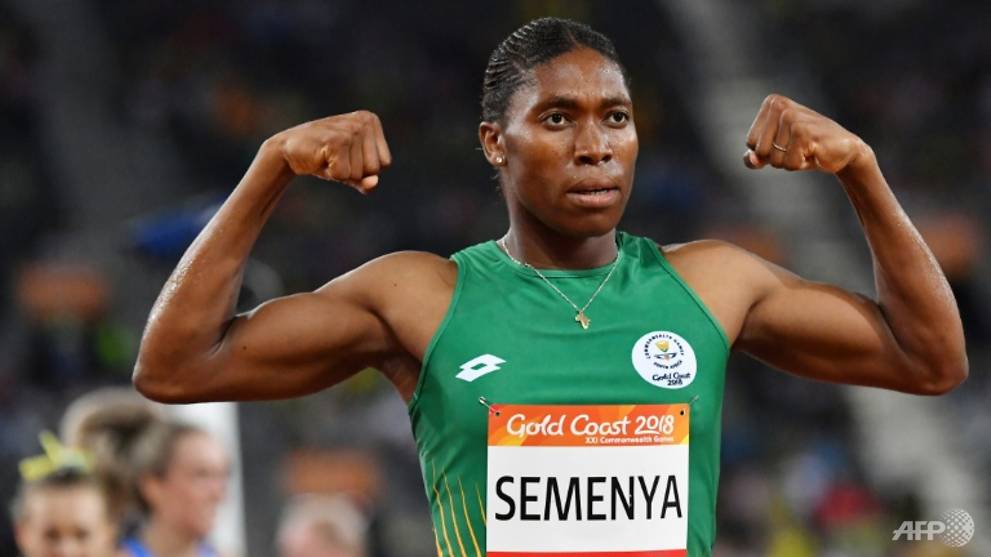 South Africa's Caster Semenya has long been a controversial figure in athletics because of her powerful physique and high testosterone levels. (AFP/SAEED KHAN)

The new rules will allow such athletes to compete only if they take medication to reduce naturally occurring levels of testosterone.

Semenya has long raised controversy because of her powerful physique and deep voice related to hyperandrogenism, the medical condition which causes a person to produce high levels of male sex hormones.

She replied to the new rules, which come into effect on Nov 1, 2018, by retweeting messages of support and the slogan: "How beautiful it is to stay silent when someone expects you to be enraged."

However, South Africa's ruling African National Congress (ANC) blasted the regulations as unjust and racist and urged the Pretoria government to challenge them in the Court of Arbitration for Sport.

"The ANC will stand with Caster Semenya in yet another attempt by international sport bodies to exclude and discriminate against her," the party said in a statement.

"We call on all sports loving people to stand and defend athletes against these anti-sport regulations that will not only prevent athletes from participating in sporting events but will also infringe on their human rights."

The International Association of Athletics Federations (IAAF) has for years struggled to create a "level playing field" for female athletes while respecting Semenya's rights.

The South African has responded by winning one title after another - most recently the 800m-1,500m double at the Commonwealth Games.

The rules, which the IAAF puts under the heading "Difference of Sexual Development" (DSD), cover races from 400m to the mile, including 400m, hurdles races, 800m, 1,500m, one-mile races and combined events over the same distances.

Dr Stephane Bermon, of the IAAF Medical and Science Department, said in a statement: "The latest research we have undertaken, and data we have compiled, show that there is a performance advantage in female athletes with DSD over the track distances covered by this rule."

IAAF President Sebastian Coe said: "The revised rules are not about cheating - no athlete with a DSD has cheated - they are about levelling the playing field to ensure fair and meaningful competition in the sport of athletics."

South Africa's athletics federation said it stood by all its athletes but would study the new regulations.

"Once done, we will then inter-act with the IAAF," the federation, Athletics South Africa, said in a statement.

"We want to state very clearly that we support all our athletes who may be affected by this new ruling," it added.