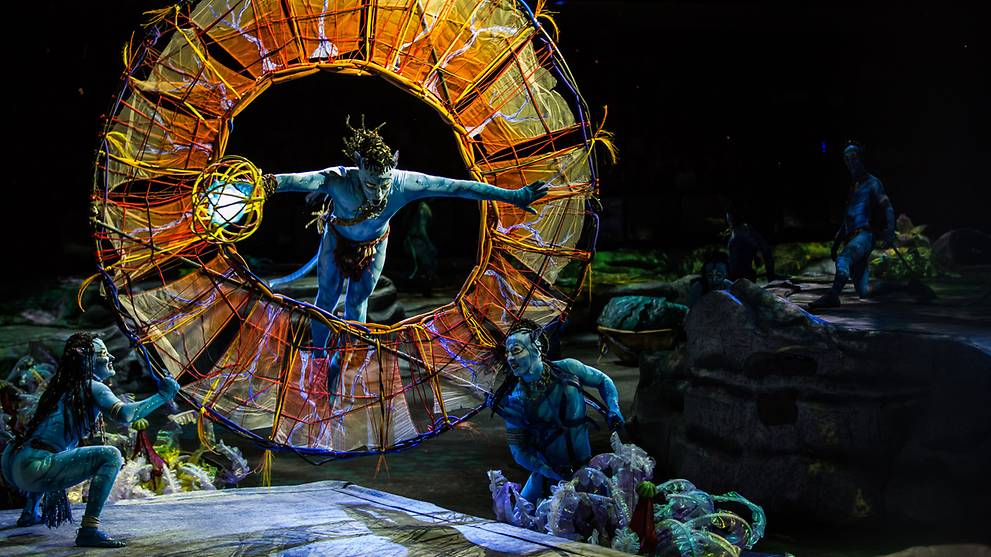 Welcome to the prequel of James Cameron's Avatar - on stage

SINGAPORE: Director James Cameron created the cinematic world of Avatar and for almost two decades, viewers have marvelled at it on movie screens. But now, we humans can be part of that world, through the immersive experience offered by Cirque du Soleil’s latest show to hit Singapore.

TORUK – The First Flight is a prequel story to the events of the film, taking place 3,000 years before humans set foot on the extra-terrestrial land of Pandora.

When the sacred Tree of Souls is threatened by a natural disaster, two Omaticaya boys, Ralu and Entu, set out on an epic quest in search of central character Toruk, who is their only hope for survival.

Performers on stage wear a tracking device linked to a state-of-the-art tracking system, enabling lights and video projections to follow them in real time on stage.

With 40 video projectors, the projections cover more than five times the area of an IMAX screen, and some even extend into the audience.

Those who download the dedicated app can use their phones to participate in special effects during the show.

TORUK – The First Flight is the first Cirque du Soleil show to be inspired by a movie, as well as the first to have an English-speaking narrator.

TORUK – The First Flight runs from May 24 to June 3 at the Singapore Indoor Stadium. Tickets from S$98 to S$188 from www.cirquedusoleil.com/toruk or www.sportshubtix.com.