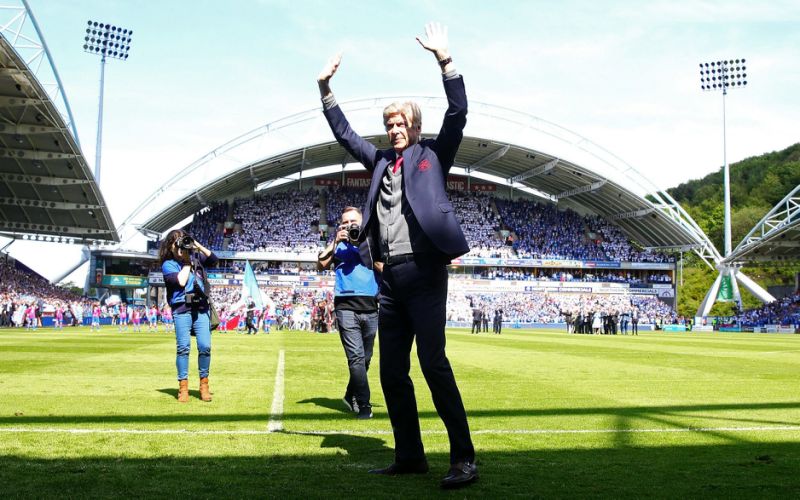 Arsene Wenger signs off saying he 'had disagreements' with the fans: 'But we had one thing in common: we loved Arsenal FC'

To the end, there was dignity and, to use one of his favourite words, humanity to Arsene Wenger as he bowed out, quite literally, as Arsenal manager after 22 years, 1,235 games and this, his 707th victory.

One-nil to the Arsenal, in fact, although that was never a scoreline he cherished or that was associated with him.

There was sentimentality, too – and why not as Wenger spoke of the appropriateness of Huddersfield Town being his final opponent in what otherwise was an inconsequential fixture