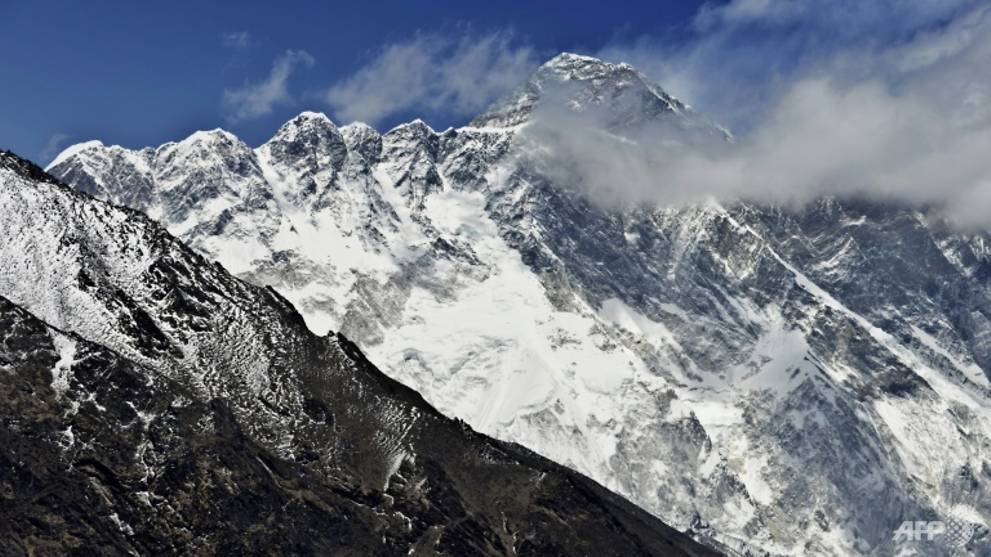 KATHMANDU: Eight Nepali climbers reached the top of Mount Everest on Sunday (May 13), the first of hundreds of climbers expected to summit the world's highest mountain in coming weeks.

The team reached the summit on Sunday afternoon while fixing ropes for foreign climbers, who will begin this week to ascend the mountain.

Iswari Paudel of Himalayan Guides Nepal, the company assigned to fix the ropes, confirmed that the team has scaled the mountain.

"This has paved the way for other climbers to reach the summit as well. If weather permits, we will see many summits this week," he told AFP.

Nepal has issued 346 permits to mountaineers for this year's spring climbing season, which runs from mid-April to the end of May.

Most Everest hopefuls are escorted by a Nepali guide, meaning about 700 climbers will tread the same path to the top of the 8,850-metre peak in the coming weeks.

Another 180 climbers are preparing to summit Everest from its north side in Tibet, according to the China Tibet Mountaineering Association.

A boom in climbers has made mountaineering a lucrative business since Sir Edmund Hillary and sherpa Tenzing Norgay made the first ascent in 1953.

Foreigners must pay US$11,000 for a permit but cut-price climbing outfits skimping on basic safety requirements have flourished in recent years, luring amateurs to the challenge.

The rapid growth in the climbing industry has accompanied complaints of overcrowding on the mountain and fears that inexperienced mountaineers could run into trouble.

Last year seven people lost their lives on the world's highest peak, while 449 summited from the Nepal side and at least another 120 made it to the top from the north side in Tibet.