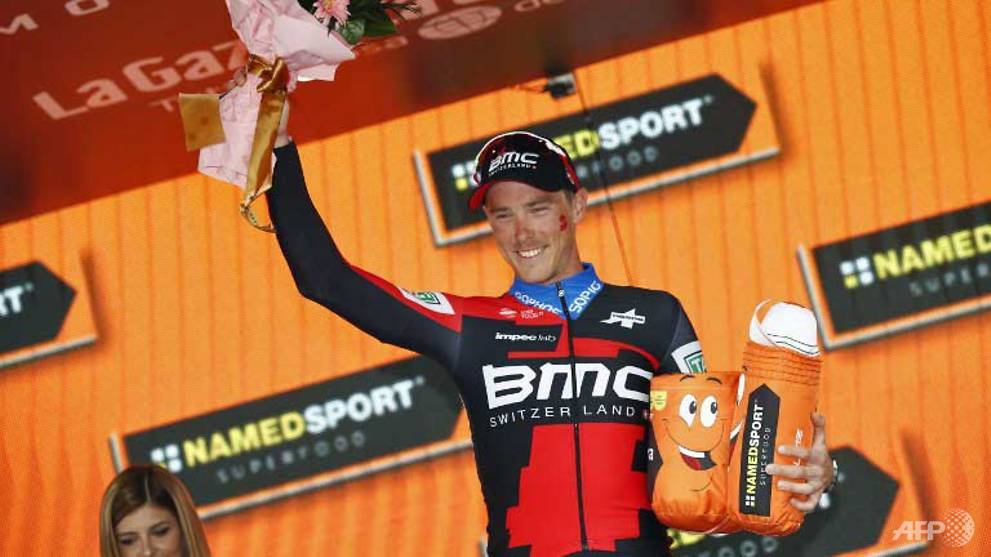 ROVERETO, Italy: Australia's Rohan Dennis won the 16th stage of the Giro d'Italia, a 34.2km individual time-trial between Trento and Rovereto in northern Italy on Tuesday (May 22).

"This is a big day for me to jump back into the top ten," said BMC rider Dennis, who is now sixth overall five minutes behind Yates having worn the pink jersey from stages two to five.

"I really wanted to come here to win a stage.

"I just have to hold on for as long as possible. There's going to be guys trying to do crazy things in the last week."

Four-time Tour de France winner Chris Froome (Sky) was fifth on the stage, 35sec behind Dennis, and moved up to fourth from seventh at 3min 50sec behind Yates.