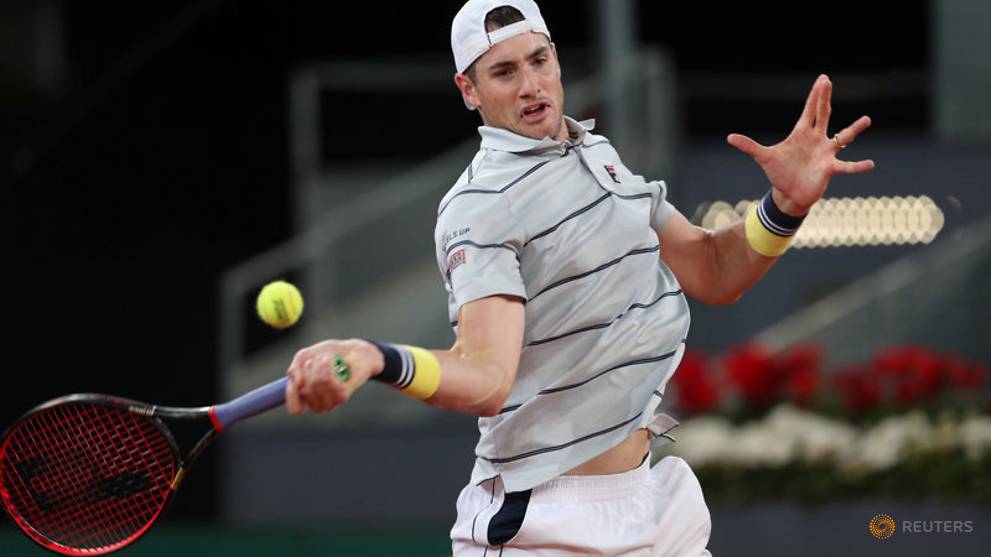 Big-serving John Isner, hard-hitting Sam Querrey and promising youngster Frances Tiafoe will be among the American men looking to end a near two decades-long championship drought at Roland Garros when they take to the red clay in Paris next week.

LOS ANGELES: Big-serving John Isner, hard-hitting Sam Querrey and promising youngster Frances Tiafoe will be among the American men looking to end a near two decades-long championship drought at Roland Garros when they take to the red clay in Paris next week.

Andre Agassi in 1999 was the last American man to win the French Open and no other U.S. man has come within touching distance of the Musketeers' Cup since.

But the Americans may have reason to be confident this year with Isner, Querrey and Jack Sock all expected to be seeded in the tournament's top 20 and 20-year-old Tiafoe showing promising form on clay in recent tournaments.

"Suddenly there are three guys in the top 15 I think, the top three are the same names but a lot of young guys are pushing from behind so I think American's men's tennis is healthy," former French Open champion Mats Wilander told Reuters.

"They just haven't had the one guy who is driven from within. Sock is a wild dark horse, you never know what's going to happen when he plays.

"John Isner can win a grand slam the way he plays.

Isner, aged 33, has honed his weapons beyond his powerful serve this year and used his improved all-court game and maturity to beat world number three Alexander Zverev and win the Miami Open title last month.

The biggest obstacle for the towering Isner will be the clay, which takes out some of the sting from his blistering serve.

Querrey, like Isner, has developed a broader game other than power and will fancy his chances of an extended stay in Paris.

After reaching the semi-finals of Wimbledon and the quarter-finals of the U.S. Open last year, he achieved a career-high ranking of 11 in February.

Sock is due for a bounce-back performance after disappointing finishes at Indian Wells and the Miami Open this year.

Clay should be a good fit for his preferred style of play, which relies on launching topspin-heavy forehands from the baseline in a manner similar to Rafael Nadal and Dominic Thiem.

Of the new generation of American men, 61st-ranked Tiafoe's speedy, counter-punching style should also work well in Paris, where he will try to continue a breakthrough season in which he reached two ATP Tour finals including the Estoril Open on clay.

"I'm not sure if one of the top three (Isner, Querrey or Sock) can take it to the next level, that might have to come from the guys behind like Tiafoe or (Taylor) Fritz," Wilander, who will present his Game, Schett and Mats programme for Eurosport during the French Open, said.

Tiafoe, who picked up the game while his father worked as a maintenance man at a tennis club in Maryland, will be hoping to hit his stride at the right time.

A year after making his grand slam main draw debut in Paris, 26-year-old Tennys Sandgren will also be hoping to fly the American flag having produced a thrilling run to the quarter-finals of the Australian Open this year.

Four consecutive defeats on European clay in the build-up to Paris will not have inspired him with confidence though.