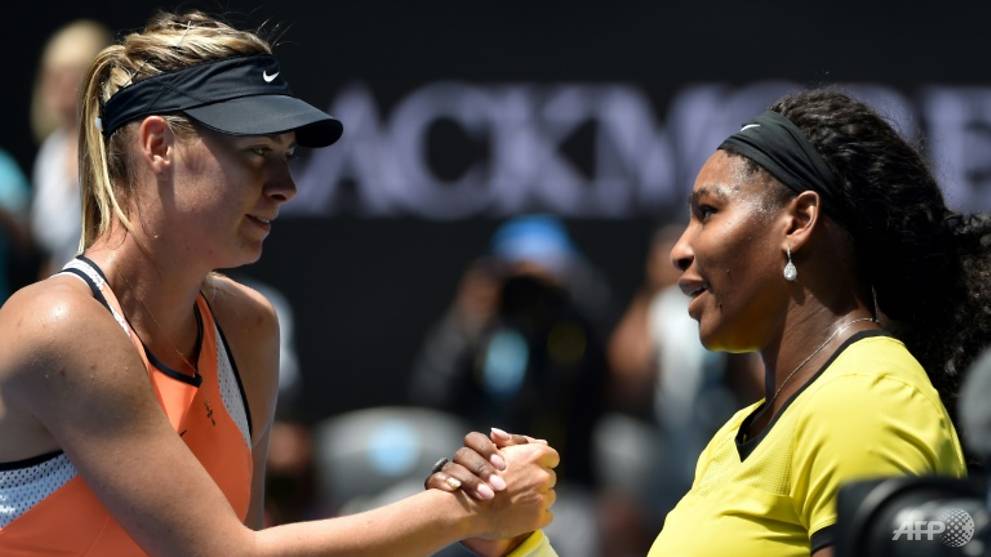 Former world number one Williams, now ranked a lowly 453, is playing a Grand Slam for the first time since she won her 23rd major at the 2017 Australian Open after which she stepped off the tour to give birth to her daughter in September.

Williams, 36, has played just four matches on the tour in 2018 and not featured at all since Miami in March.

Sharapova, champion in 2012 and 2014, could face Serena, against who she lost in the 2013 final at Roland Garros, in the fourth round.

The Russian, who missed last year's event after she was refused a wild card as she battled to rebuild her career following a 15-month doping ban, has not defeated Williams since 2004.

The American leads their head-to-head series 19-2.

Before they get to that stage, Sharapova would possibly have to get past Czech sixth seed Karolina Pliskova.

Nadal, fresh from an eighth Rome clay court title having also won his 11th trophies in Barcelona and Monte Carlo already this spring, has a 7-2 record over Dolgopolov.

"It's always special when I come back to Paris where I have had so many wonderful moments in my career," said Nadal at the draw ceremony ahead of the French Open which starts on Sunday.

One glance at the draw would have left the 31-year-old Spaniard feeling even more special after former champions Novak Djokovic, Stan Wawrinka as well as clay court dangerman Dominic Thiem all landed in the other half of the draw where Alexander Zverev is the second seed.

Nadal's path to the final could see him face childhood friend Richard Gasquet in the third round, possibly Denis Shapovalov in the last-16, then Kevin Anderson, who he beat in the 2017 US Open final, and third-seed Marin Cilic in the semi-finals.

Zverev, who lost to Nadal in the Rome final last weekend, has never got beyond the third round in Paris and was defeated in the first round last year.

The 21-year-old German, who is seeded second in the absence of Roger Federer, begins his French Open against Ricardis Berankis of Lithuania.

Djokovic, the 2016 champion who is down at 22 in the rankings after struggling to recover from an elbow injury, starts against a qualifier and could meet fourth seed Grigor Dimitrov in the fourth round.

The 31-year-old Djokovic showed signs of a return to form in Rome where he made the semi-finals, losing to Nadal.

Swiss veteran Wawrinka has missed three months of the year after knee surgery and only returned to action in Geneva this week where he won one match before losing in the quarter-finals on Thursday.

Defending women's champion Jelena Ostapenko, fifth in the world, starts against Kateryna Kozlova of Ukraine and could face former world number one and two-time Grand Slam title winner Victoria Azarenka in the second round.

Third seed Garbine Muguruza, who beat Williams in the 2016 final, starts against Russia's Svetlana Kuznetsova, the 2009 champion in Paris.