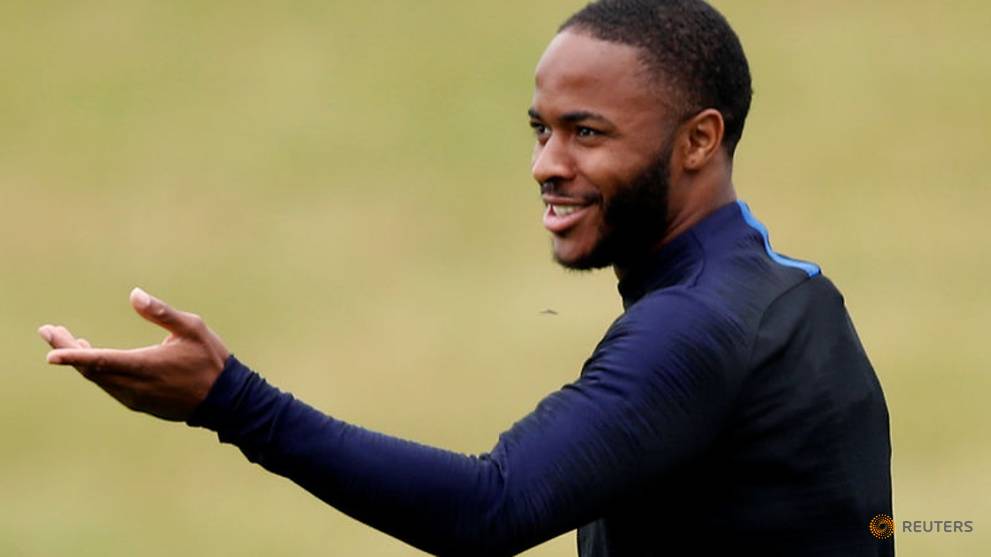 The Manchester City forward posted a photograph on Instagram while training with the England team at St George's Park ahead of next month's World Cup in Russia with the tattoo of a rifle clearly visible on his right leg.

Founder of campaign group Mothers Against Guns, Lucy Cope, whose son was shot dead outside a London nightclub in July 2002, said: "This tattoo is disgusting. Raheem should hang his head in shame. It's totally unacceptable.

"We demand he has the tattoo lasered off or covered up with a different tattoo. If he refuses he should be dropped from the England team."

Sterling, who is part of Gareth Southgate's 23-man squad who begin their World Cup campaign in Volgograd against Tunisia on June 18, again took to Instagram to defend himself, insisting the tattoo has a "deeper meaning."

"When I was 2 my father died from being gunned down to death I made a promise to myself I would never touch a gun in my life time, I shoot with my right foot so it has a deeper meaning N (and it is) still unfinished," the 23-year-old wrote.