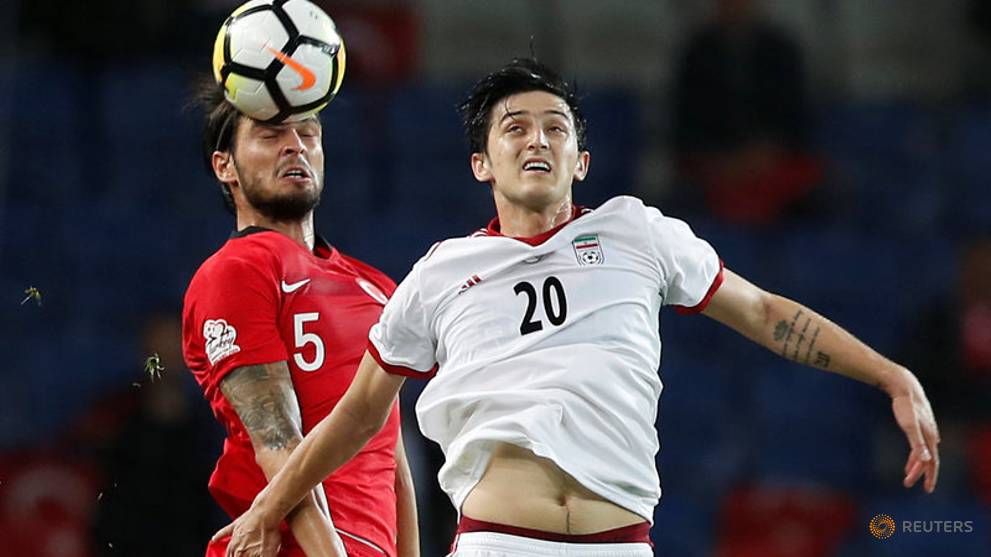 Iran great Ali Daei has backed compatriot Sardar Azmoun to be one of the breakout stories of the World Cup finals and use the tournament as a springboard to sign for a top club side.

HONG KONG: Iran great Ali Daei has backed compatriot Sardar Azmoun to be one of the breakout stories of the World Cup finals and use the tournament as a springboard to sign for a top club side.

Daei, who is lauded as Iran's greatest player following a career that saw him crowned Asia's Player of the Year in 1999 and play for Bayern Munich and Hertha Berlin, says the future is bright for Iran, as they look to get through the group phase at a World Cup for the first time.

Now 49 and coaching Iranian club side Saipa, the former striker represented his country at the World Cup in 1998 and 2006 and he said the highly-rated Azmoun can use this summer's tournament to further his career.

"I don't like to talk about myself, but I can say that Sardar is a big player, along with someone like Karim Ansarifard," Daei, who holds the record for most goals scored in international football (109), told Reuters.

"We have young strikers and the future will belong to them, especially Sardar because he's really young.

"He can have a bright future. I'm hoping he can choose the right route, that he can go in the right direction in the future for himself and also for our national team."

Iran have been drawn in Group B alongside Portugal, Spain and Morocco at the June 14 to July 15 World Cup.

Azmoun, who currently plays in the Russian Premier League for Rubin Kazan, has already featured on the biggest stage in European club football after playing in the Champions League and the Europa League during a spell with FC Rostov.

He was on target against Bayern Munich and Atletico Madrid in the Champions League and Daei said he had the attributes to follow in his footsteps and play for one the game's top sides.

"The World Cup could be a jumping point for many players to change everything," said Daei. "I'm quite confident Sardar can make a move from Russia to a top level club."

Azmoun is one of a group of young Iranian players who will be making their first appearance at the World Cup.

Daei hopes this new generation will also lead them to their first Asian Cup crown since 1976 when the tournament is held in the United Arab Emirates next January.

"I'm very hopeful that this team will perform well and can become Asian champions," he said.

"We have a good team, we're not an easy team for any Asian team to play against and if we can keep up our standards then there's no reason why we can't do well."