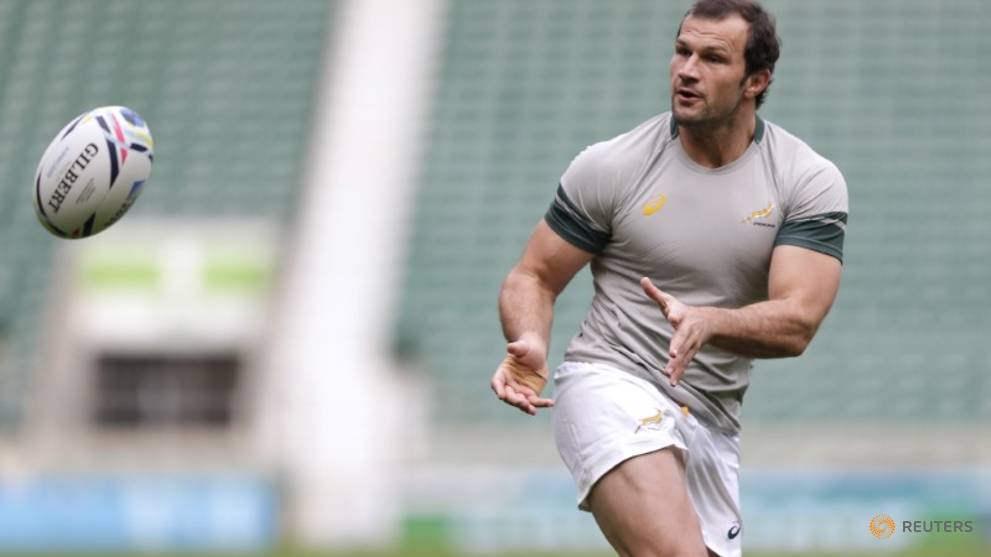 The pair are not scheduled to join the camp before midweek after playing in the French Top 14 final on Saturday where Montpellier were upset 29-13 by Castres.

“I won’t consider them this week just because they haven’t trained with us much, and it wouldn’t be fair on the guys that have been with us here this whole time. I also want to see what they look like when they get here,” Erasmus told a news conference in Johannesburg on Monday.

Du Plessis, 34, was set to make his first appearance for the Springboks since the 2015 World Cup, recalled to full the void left by an injury to hooker Malcom Marx.

Steyn, 31, had also been expected to start at inside centre.

Erasmus arrived back in South Africa on Monday after his losing debut with a second-string side against Wales in Washington on Saturday.

“There is no doubt that we saw that there is potential but we were perhaps lacking the experience, and the combinations were a bit disrupted. Most of the guys who stayed behind have a bit more experience and we will need that against England,” Erasmus added.

South Africa travelled to the U.S. last week without the majority of their first-choice players.

“We’ve tried to put ourselves in the best position to win these first two games, although the second test is where we can probably pick a combination out of these two teams that played, to ensure we have the strongest possible side. We’ve had to split our resources, but the expectation should still be to beat England in the series,” Erasmus added.

South Africa play England in three tests with the second match in Bloemfontein on June 16 and the last in Cape Town on June 23.