In summary, it accused the Esplanade of promoting bestiality, questioning if it was also promoting equality movement Pink Dot’s “Freedom to Love”… all thanks to this drawing of a naked man atop a rooster, as seen on the top image above, circled in red.

The post also alleged that the drawing, by local artist Vincent Leow, posed a danger to children as it was near the children’s art and play centre — aggravated, it claimed, by the fact that it currently is the school holidays.

In comments to the post, the group further dug out Leow’s previous 1992 performance art piece, “Coffee Talk”, , as supposedly more proof that this drawing was blasphemy to public sentiment:

Artwork on display at Esplanade since April

Interestingly, though, the artwork had been on display for nearly 2 months, since April 13, as part of a larger exhibition called “BLANK”.

According to the exhibition’s description on the Esplanade’s website, “BLANK” is a display of Leow’s collection of sketchbooks and drawings, in order to reveal ““.

The next development happened that very same evening, when the Esplanade released the following message from Yvonne Tham, CEO-Designate, on their Facebook page:

“BLANK is an ongoing exhibition of established Singapore contemporary artist Vincent Leow’s sketchbooks and loose drawings from his 30-year journey as an artist. The exhibition is ongoing at Esplanade’s Community Wall as part of our Visual Arts programmes for April to early July 2018.

We wish to assure the public that in presenting the exhibition, we had no intent to promote or advocate for any stance. Our only intent was to present an exhibition that gave a representative sampling of sketches and drawings from an artist’s sketchbooks that may give insight into Vincent’s artistic practice. This specific drawing was from Vincent’s sketchbook in the late 1980s. As is often the case with art, viewers are free to draw their own interpretations of a drawing that is not a realistic rendering.

Nonetheless, we recognise that the Community Wall is a public space that is frequented by a wide diversity of patrons and of all ages. Our responsibility is to both the artist and audience, in identifying the most appropriate space and context in presenting a work, including equipping audiences with the right information to make informed choices.

In this case, in view of the strong feedback we have received from some members of the public, the Community Wall may not be the most appropriate space to present this drawing, as it is a public thoroughfare with no opportunity for an advisory. This is solely Esplanade’s error of judgement. We are trying to get in touch with Vincent to have a discussion on how best we can review the display of this particular drawing.

In the meantime, we hope that everyone will continue to enjoy the wide diversity of programmes that we present at Esplanade.”

“Following a discussion with Vincent Leow, the artist featured in the exhibition BLANK at Esplanade – Theatres on the Bay, we have agreed to not continue displaying the drawing, given that the public space at Esplanade’s Community Wall does not allow opportunity for an advisory and is visited by a wide range of visitors, including families. We appreciate Vincent’s understanding of the situation, which arose solely from Esplanade’s error of judgement in exercising our responsibility to both artist and audience for presenting work in the appropriate space and context, and for which we are sorry. We thank the public for their understanding.”

And by Wednesday at lunchtime, the drawing was gone.

Not the first time this has happened

As you might recall, this is far from the first time Singaporeans have .

And history has shown us, that these people who complain usually do so quite successfully.

There were the two performances that were withdrawn after complaints of nudity, at the M1 Fringe Festival in 2016. They were Naked Ladies by Canadian performer Thea Fitz-James and Undressing Room by Singaporean movement artist Ming Poon.

Then there was the pulping of three books by NLB – namely, And Tango makes Three, The White Swan Express and Who’s In my Family. The decision to pulp all three books was taken after a complaint was made about the first two titles.

Then Minister for Communications and Information Yaacob Ibrahim managed to rescue the first two titles, however, by having them placed in the adult section. Who’s In my Family was unfortunately disposed of as it had already “been reviewed earlier”.

MCI Minister Yaacob Ibrahim saves the penguins from getting pulped

But maybe, just maybe, not everyone feels the Esplanade should have acted as quickly as it did:

Top photo via screengrab from Esplanade.com 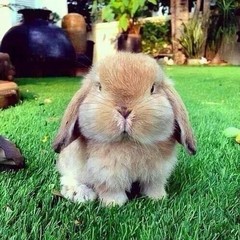 The artist got some mental problems before by drinking his own urine and his arts will spark controversy. they should takw it down before it backfire