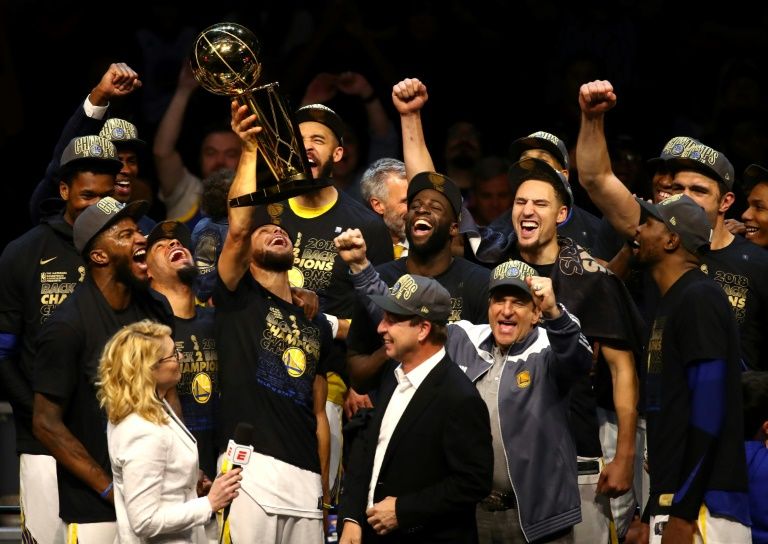 Stephen Curry scored 37 points and Kevin Durant was named the NBA Finals Most Valuable Player for the second consecutive year after 20 points, 12 rebounds and 10 assists -- his first finals triple double.

"To win in a sweep, it feels pretty good," Durant said. "Just knowing the work you put in paid off means something.