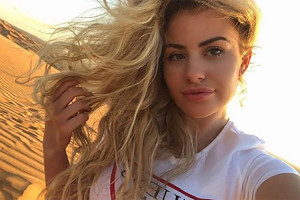 The Polish man accused of drugging and kidnapping a British model in order to sell her on the dark web was found guilty Monday and sentenced to nearly 17 years in prison.

Lukasz Herba, 30, lured Chloe Ayling from South London to Italy last July with the promise of a photo shoot — and then injected her with the horse tranquilizer ketamine, a Milan court found, according to the BBC.

Herba, allegedly aided by his brother Michel, stuffed the 20-year-old blonde into a suitcase and drove her 120 miles to a remote cottage in Turin, where she was held for six days.