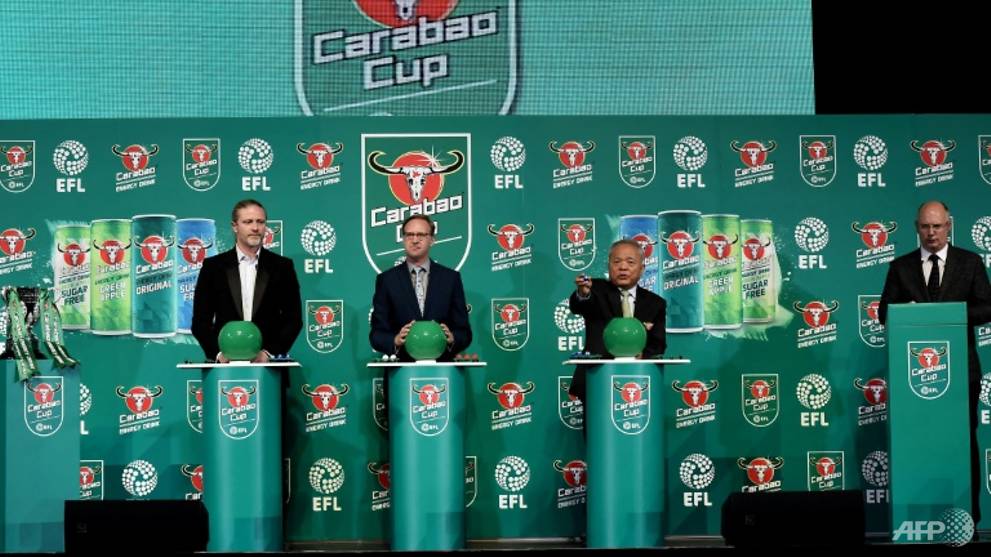 Last year the draw for the English League Cup was held in Bangkok with former French international footballer Emmanuel Petit. This year it will be in Ho Chi Minh City. (AFP/Lillian SUWANRUMPHA)

LONDON: Vietnam will stage the draw for the first round of next season's English League Cup on Friday.

The League Cup, won by Manchester City in February, is sponsored by Thai energy drinks firm Carabao and two rounds of last year's tournament were also drawn in Asia in Bangkok and Beijing.

Organisers will hope the latest overseas draw fares better than the first in Thailand, which was marred by embarrassing technical glitches.

An on-screen graphic showed Charlton playing twice and other clubs were given the wrong opponents before the issues were corrected.

Seventy Football League clubs will feature in the draw, which will see teams drawn in northern and southern sections for ties to be played in the week commencing Aug 13.

"There is no requirement for us to take draws overseas, but there is an absolute commitment to building the value of our competition outside the UK and the market in Vietnam should help the EFL and Carabao meet our shared ambitions."