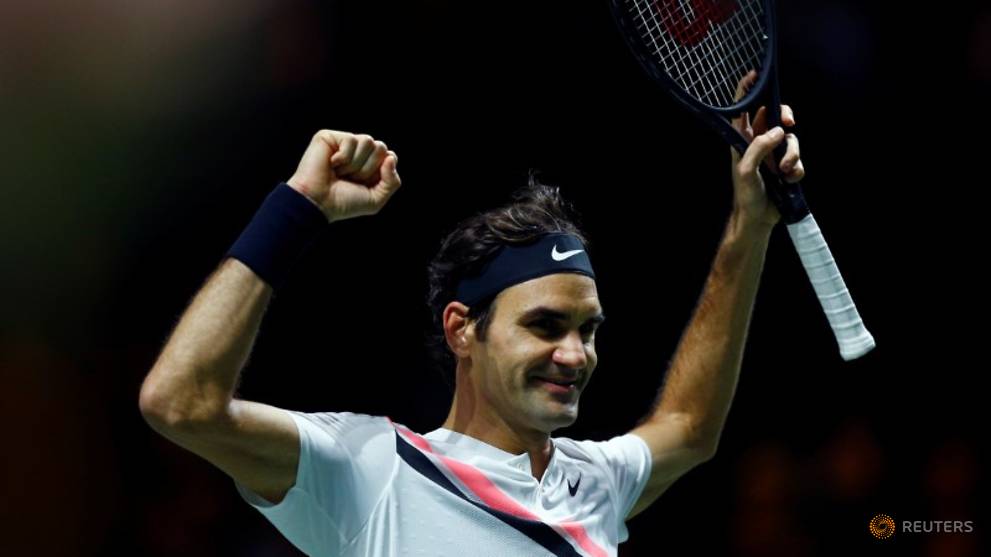 Roger Federer can return to the top of the ATP rankings this week in Stuttgart but knows all too well the dangers lurking on grass as he comes back from his mid-season break.

REUTERS: Roger Federer can return to the top of the ATP rankings this week in Stuttgart but knows all too well the dangers lurking on grass as he comes back from his mid-season break.

The 36-year-old Swiss skipped the claycourt season, including the French Open, to concentrate on retaining his Wimbledon crown and kicks off his preparation on the German city's slick lawns.

He will play German serve-and-volleyer Mischa Zverev in his first match in Stuttgart on Wednesday - a tricky test especially as he has not played a competitive match since a surprise loss to Australian youngster Thanasi Kokkinakis in March.

"Having lost here last year in the first round, for me, it resets the goals as well, and just take it one at a time and don't think too far ahead," Federer told the ATP website.

"Not that I did that last year, but on grass, margins are very slim. It's not so simple, especially when you haven't played in three months."

Federer will overhaul Rafael Nadal at the top of the rankings if he reaches the final on Sunday.

That defeat by Haas last year together with his semi-final loss the year before against Dominic Thiem means Federer is in the unusual position of trying to avoid a three-match losing streak at a single tournament.

Losing to Haas did not dent his confidence too much last year, however, as he went on to win the Halle title and an eighth Wimbledon without dropping a set.

"I came back very strong and my reaction was very good after losing here against Tommy," Federer said.

"I didn't drop a set for the rest of the grasscourt season, which I was very happy about. So I just hope I can find my rhythm and range a bit earlier.

"I'm motivated. It's been a while, I haven't played matches. Obviously I don't want to be on a three-match losing streak... I want to break that as well."