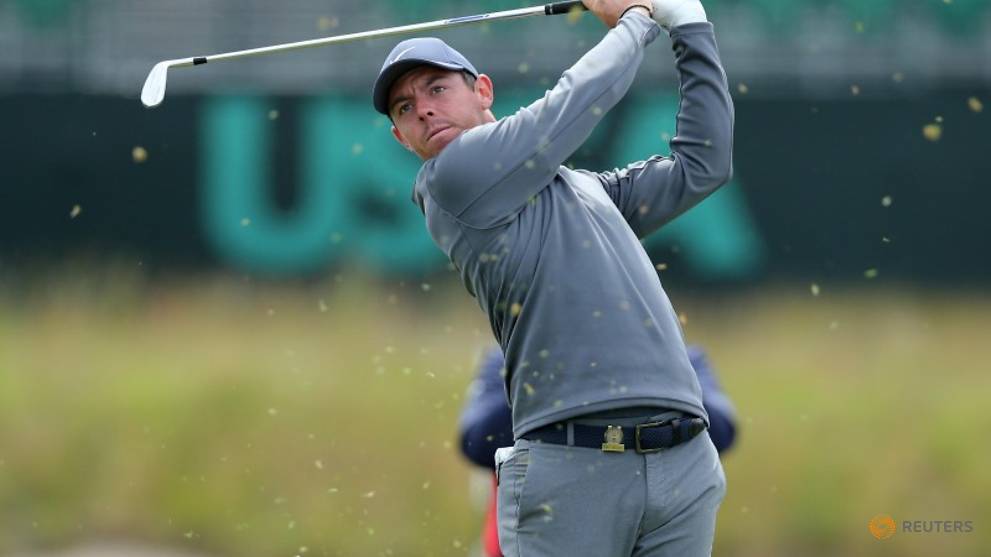 Rory McIlroy is itching to start the U.S. Open and Shinnecock Hills reminds him a bit of home, the Northern Irishman said on Wednesday.

SOUTHAMPTON, N.Y.: Rory McIlroy is itching to start the U.S. Open and Shinnecock Hills reminds him a bit of home, the Northern Irishman said on Wednesday.

McIlroy travelled to Southampton after the Memorial tournament on June 3 and has spent much of his time becoming acquainted with the course.

"I've been here for quite a while, so (I'm) anxious to get started tomorrow," he told reporters.

"I played 18 out of 19 days, so I took a day off on Saturday just to try to recharge the batteries.

"I've had a few good looks at the course over the past few days. I love the course, especially with how the conditions have been."

McIlroy, along with Englishman Justin Rose, is among those most likely to break the recent American stranglehold on major championships.

But the four-times major champion will have to put his Masters disappointment behind him to add a second U.S. Open trophy to his collection.

Starting the final round at Augusta in second place, McIlroy melted under the challenge of trying to complete the grand slam of all four majors and never got going after a wild drive at the opening hole.

But week in, week out, there is no better driver in the game in terms of combining length and accuracy, and his technique, which generates prodigious power, should allow him to vary his gameplan.

"I think I'll adopt a conservative strategy off the tee," he said. "It's a long course (7,440 yards) on the card but it doesn't play as long as what it suggests."

The former world number one plans to use driver only three or four times.

"Even if you leave yourself back and maybe hitting a couple of extra clubs into these greens, it's not such a bad thing," he said. "I'd rather be doing that than hacking my way out of the rough.

"That's my strategy this week. I think the biggest challenge is being disciplined, just sticking to your game plan."

As traffic on the eastern end of Long Island continues to clog the area around the course, which is accessible by a single road, McIlroy at least won't have to worry about his commute after renting a house adjacent to the course.

"I am three minutes door to door," he said. "It's a narrow strip of land and people are trying to get out from the city, so we're pretty fortunate.

"I played with Matt Fitzpatrick yesterday and he said it took him an hour and a half to get to the course."

That is one stress McIlroy will avoid but others await, not least his determination of ending the recent dominance of American players, who hold all four major trophies.

"That's a lot of pressure," McIlroy said to laughter.

(Reporting by Andrew Both, editing by Ed Osmond)