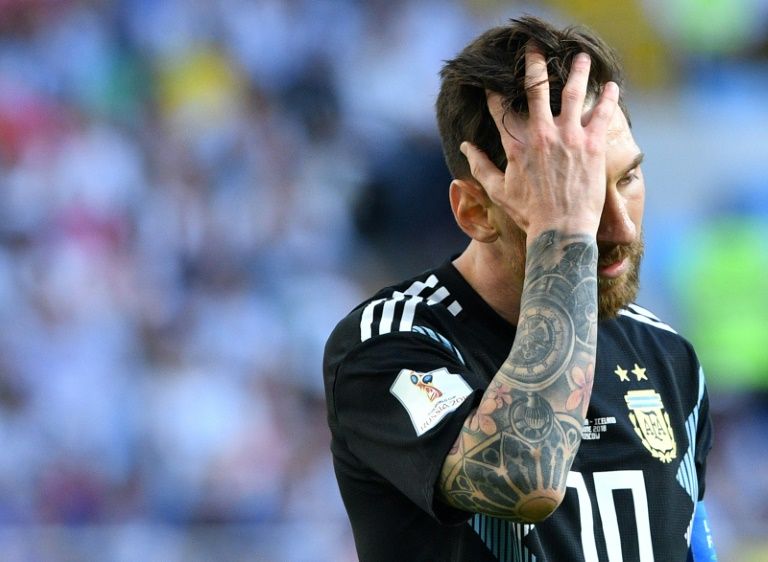 Lionel Messi fluffed his World Cup lines on Saturday, missing a penalty as Iceland held Argentina to a 1-1 draw after France benefited from the first use of the Video Assistant Referee system in tournament history to grind out a victory over Australia.

Just a day after his eternal rival Cristiano Ronaldo scored a sensational hat-trick to secure a 3-3 draw for Portugal against Spain, Messi had a golden chance to write his own headlines.

The Argentine stepped up to the spot with the teams locked at 1-1 in Moscow's Spartak Stadium after Rurik Gislason was adjudged to have brought down Maximiliano Meza in the 63rd minute.