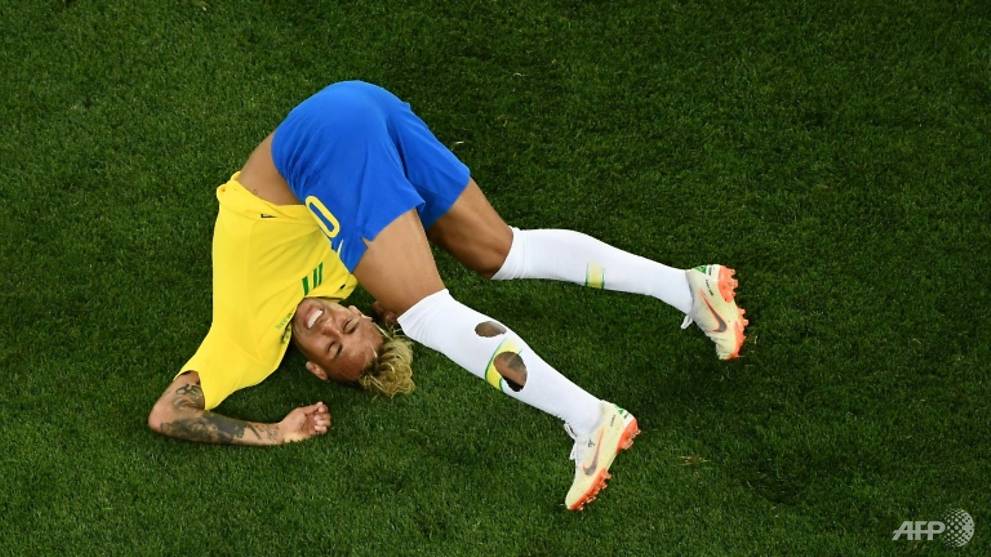 SAINT PETERSBURG: A battered and bruised Neymar will aim to get Brazil's World Cup campaign back on track here Friday (Jun 22) as the pre-tournament favourites seek to re-assert their title credentials with victory over Costa Rica.

Neymar was given a rough ride in Brazil's disappointing 1-1 draw with Switzerland on Sunday, fouled 10 times during the match, the most for any player in a single World Cup game for 20 years.

The world's most expensive player then set alarm bells ringing when he hobbled out of training on Tuesday in full view of the cameras.

However, he returned to the training pitch 48 hours ahead of the clash in Saint Petersburg, raising hopes he will feature.

Even before his latest setback, there were doubts over Neymar's fitness heading into the World Cup after a three-month layoff.

The Switzerland clash was his first competitive game for nearly four months after a broken bone in his right foot ended his club season with Paris Saint-Germain in February.

To the frustration of many in the French capital, Neymar returned home for much of his recovery process with the intention of being fully fit for the World Cup.

However, questions remain whether he is seriously lacking match practice.

Brazil looked to their talisman time and again in the final stages in Rostov-on-Don, but he failed to find the final pass or finish to unlock a well-organised Switzerland defence.

Instead, it was Philippe Coutinho who got Brazil's campaign off to a flying start with a wonderful long range strike to open the scoring.

In contrast to Neymar, Coutinho ended the season in sensational form for Barcelona after sealing his dream move from Liverpool.

Should Neymar not be fit, Coutinho could be moved into his role on the left of a front three with Tite bolstering his midfield.

"Neymar is one of the best players in the world. Of course having him in our side is a big plus for us," said Coutinho.

"He is so important. He is always creating the play, creating space."

Brazil were not just unhappy with the treatment meted out to Neymar, but also Switzerland's equaliser when the Video Assistant Referee (VAR) system failed to rule out Steven Zuber's equaliser for a slight push on Miranda. The Brazilian federation even took their complaints to FIFA.

Needing a break and to relieve the pressure with a win, Brazil could hardly have picked better opposition in Los Ticos, who have only beaten Brazil once in 10 meetings way back in 1960.

Costa Rica shocked England, Italy and Uruguay to reach the quarter-finals four years ago, but are even more in need of the points after losing 1-0 to Serbia in their opening game.

They also lost heavily to Belgium and England in warm-up friendlies, but captain Bryan Ruiz believes they can follow Switzerland's example to cause another massive upset.

"Switzerland pressed them in midfield and that's what you need to do because everybody knows that Brazil are best from midfield going forward," said the Sporting Lisbon attacker.

"We need to win the ball back quickly and counter-attack quickly."