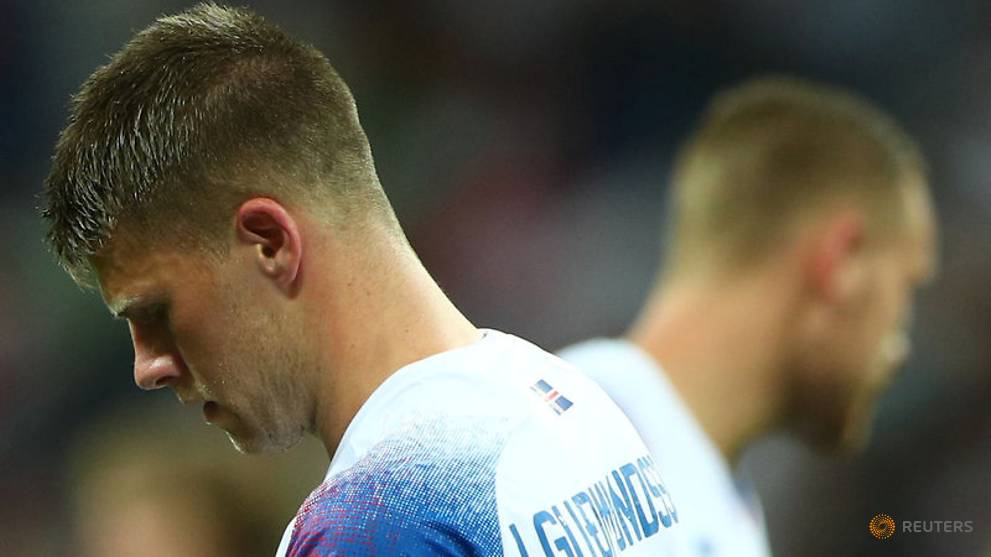 Iceland's Viking mentality meant they arrived at the World Cup without an ounce of fear, despite being dropped into a difficult group, and while they battled bravely every time they stepped onto the pitch their hopes were dashed by a lack of firepower.

SOCHI: Iceland's Viking mentality meant they arrived at the World Cup without an ounce of fear, despite being dropped into a difficult group, and while they battled bravely every time they stepped onto the pitch their hopes were dashed by a lack of firepower.

Two years after stunning world football by reaching the quarter-finals of Euro 2016, Iceland, the smallest nation by population ever to qualify for the World Cup, got off to a great start in Russia by holding Argentina to a 1-1 draw.

However, Nigeria proved too tough a test in their second match of Group D, a 2-0 defeat, and while Gylfi Sigurdsson missed a penalty Iceland looked like they had no idea how to drag themselves out of a hole.

Sigurdsson, by far Iceland's most creative player, missed three months of action in the leadup to the World Cup due to a knee injury and did not look his sharpest in Russia, and there did not seem to be anyone capable of picking up the slack.

Having just five shots on target and scoring one goal in their first two encounters, Iceland needed a win to have any chance of going through and threw off the shackles in their final game against Croatia, hitting the target six times and scoring through a Sigurdsson spot kick.

They also restricted Croatia to just two efforts on target, but unfortunately for Iceland both went in.

While the defeat dumped Iceland out of the tournament and left them bottom of the group with one point, there was plenty of praise to go round.

"I couldn't be more proud of the players, but we are disappointed to not go through," coach Heimir Hallgrimsson told reporters following his side's exit. "It’s a beautiful game but sometimes it's really tough."

Iceland's fans once again provided a vibrant dash of colour and noise to the stands as they proudly supported their team, and Prime Minister Katrin Jakobsdottir released a statement shortly after the final whistle summing up the nation's feelings.

"It's been extremely inspiring for all of us in Iceland to see how their belief in the team and its possible success despite the odds, has carried them this far," she said.