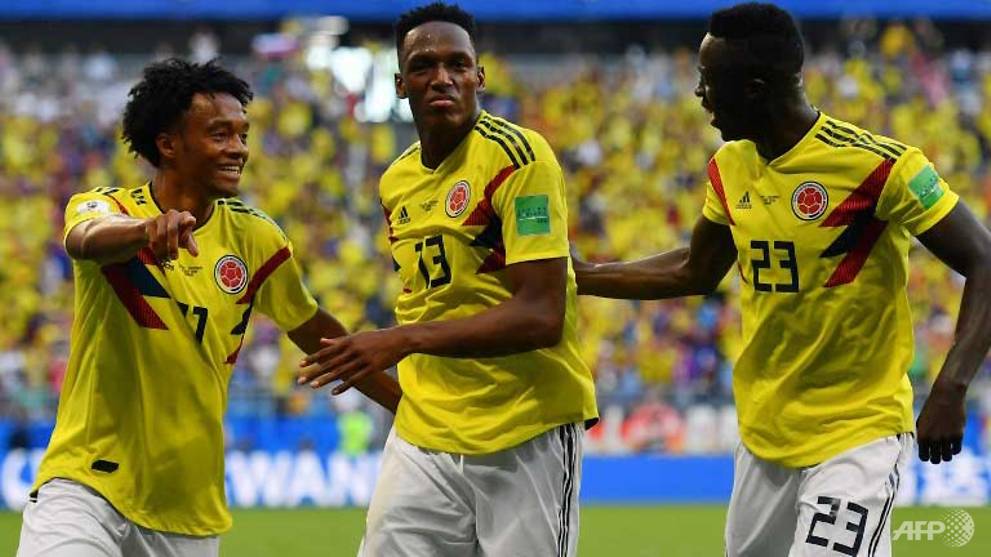 SAMARA, Russia: England hold no fear for World Cup last 16 opponents Colombia, said the South American side's coach Jose Pekerman, who is relishing the prospect of the "full on, to-the-death" knockout phase of the tournament.

Colombia completed the first round with a 1-0 victory over Senegal that sent them into the last 16 as Group H winners and dumped the African side out of the tournament in a thrilling finale.

It was a very different end to Group G, where England and Belgium both seemed intent on finishing second, gambling on the runners-up spot delivering a smoother route into the tournament's latter stages.

England ended up losing to Belgium 1-0 in an encounter where both teams played second-string sides. That ensured Colombia and England would meet in Moscow on Tuesday (Jul 3).

While Pekerman was impressed with England's opening displays in the tournament, he was confident his side could get through to the quarter-finals, where either Sweden or Switzerland would be waiting.

"I definitely think England have what it takes to do well, but it will be a match in which Colombia is going to be confident of playing at a high level and getting a good result," he told reporters.

"We know that any team that reaches the last 16 is good, we are talking about the best 16 teams in the world," he added.

"Obviously England can have a good day or an even better day. England is a young team, has a lot of harmony and you can tell they have a lot of faith in themselves ...

"Now a different kind of match is heading our way, these will be completely full-on, to the death matches, win or you are out. These are extreme situations."

Pekerman's side were largely second best for much of their match against Senegal and had to play 60 minutes without talisman James Rodriguez, who was substituted in the first half with an injury.

The Colombia coach said he was "extremely concerned" about the player's fitness but was pleased that the team rose to the occasion to snatch the win against Senegal.

"I want to highlight that all my players played well and at a high level," Pekerman said.

"When you prepare a team you look at the upcoming game and are very focussed. These incidents (Rodriguez injury) can give you a very hard time so what we did was very extraordinary, especially when you think about the team we were playing."