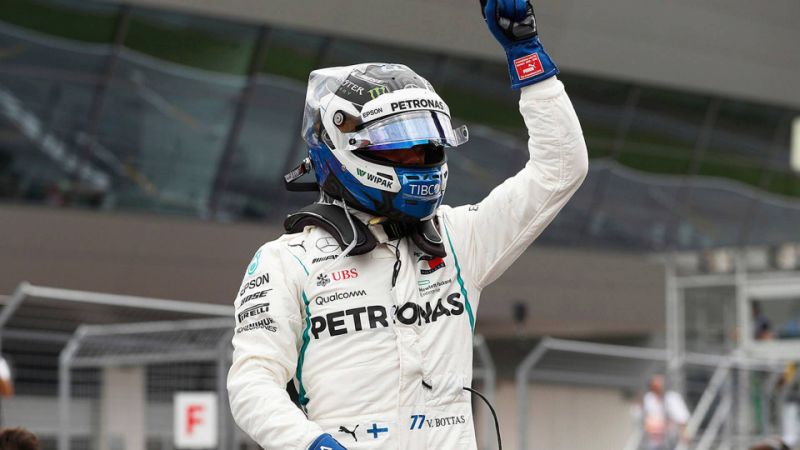 Mercedes driver Valtteri Bottas claimed his first pole position of the 2018 Formula 1 season in qualifying for the Austrian Grand Prix.

Bottas, whose last pole position came in last year's season finale in Abu Dhabi, hit the front in the Q3 top 10 shootout with a lap of 1m03.264s on his first run – almost half-a-second faster than nearest rival Kimi Raikkonen.

Teammate Lewis Hamilton ran deep into the Turn 3 hairpin on his first run and ended up third on first runs, but the final runs turned into a shootout between the two Mercedes drivers.

On his final lap, Bottas shaded Hamilton in the first and third sector, with Hamilton only two thousandths faster in the middle sector – adding up to pole position by 19 thousandths of a second.