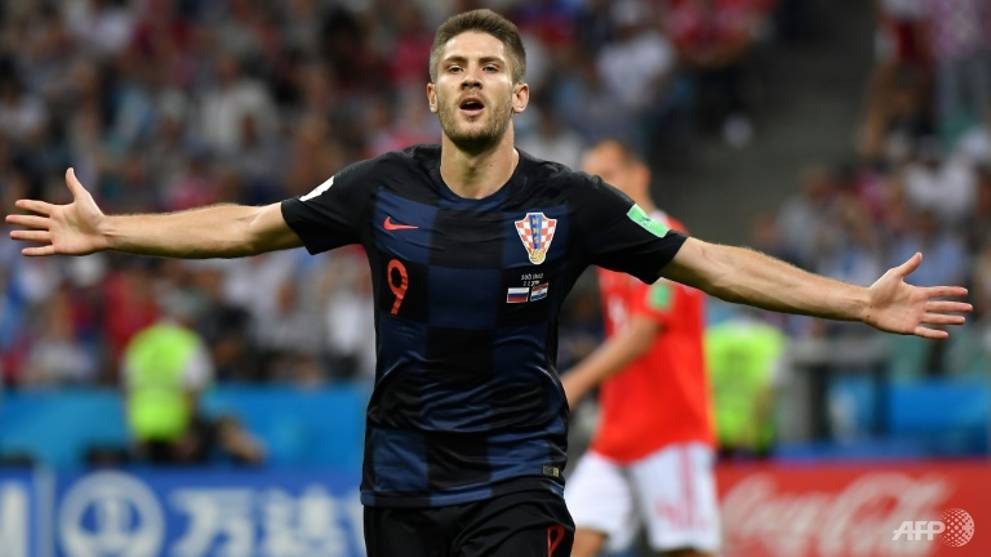 Andrej Kramaric celebrates after scoring for Croatia in their World Cup quarter-final against Russia. (AFP/Nelson Almeida)

MOSCOW: Andrej Kramaric says his time in English football was "a great story" even though he rarely played during a brief stint at Leicester City as Croatia gear up for their World Cup semi-final against England.

The 27-year-old forward is hoping to start for Zlatko Dalic's side in Moscow on Wednesday.

He moved to Leicester in January 2015 from Rijeka but left a year later - midway through the club's remarkable run to the Premier League title - as he was loaned to German side Hoffenheim.

"My stay in England is a great story for me. It was my first time outside Croatia and everything was really new," said Kramaric, who played just twice during the Foxes' title-winning campaign.

"It turned out that I didn't play that much. It was difficult for me to get into the team because they were playing really great throughout the season so obviously no coach would change a winning team," he added.

"It was a great experience that I could talk about for days," he told reporters. "However, I do hope to talk about Croatia and this World Cup for years."

Kramaric, who joined Hoffenheim on a permanent deal in May 2016, scored in Croatia's 2-2 draw with hosts Russia in the quarter-finals in Sochi on Saturday.

Dalic's side went on to win on penalties - they have never lost a game in which Kramaric has scored.

While he hopes to start, he may not get to come up against his old club colleague Jamie Vardy.

Vardy has started only once for England on their run to the last four, in their final group game against Belgium.

"Jamie Vardy is a great guy. We were together during the magnificent story at Leicester and I will remember that always," said Kramaric.

He spoke glowingly of Gareth Southgate's England side, even if he acknowledged that Croatia would be their toughest opponents yet.

"England was one of the favourites for me for the tournament because they have a young and hungry team with no big, international stars, so it won't be easy for us."

The Croatian squad trained on Monday on a pitch close to the Luzhniki Stadium, where Wednesday's game will be played.

However, goalkeeper Danijel Subasic, right-back Sime Vrsaljko and centre-back Dejan Lovren were all absent from the part of the session open to media.

Subasic and Vrsaljko both picked up injuries against Russia.