Wolverhampton Wanderers goalkeeper John Ruddy says he will not surrender the first choice shotstopper's role to new recruit Rui Patricio without a fight.

Ruddy was named in the second-tier Championship Team of the Season last term after keeping 24 clean sheets in 45 appearances as Wolves sealed the title to earn promotion to the top-flight.

The 31-year-old now has serious competition for a starting spot with Wolves signing Patricio, who played in all four of Portugal's World Cup matches in Russia this year, and the West Midlands club also extending shotstopper Will Norris' contract.

"It is what it is...Just because they've brought a goalkeeper in doesn't mean it's the end of me," Ruddy told the Express and Star.

"I've come to this club with an ambition to get promoted last season and my ambition was to play in the Premier League.

"We're very close to that. As long as the other goalkeeper's coming in with the same desire and attitude that I've got then it can only be good for the club. I'm looking forward to the challenge."

Ruddy, a former Everton and Norwich City player, also said that Wolves could not get complacent following their dominant run in the Championship and must work harder to excel in the league.

Wolves host Everton in their opening league fixture on Aug. 11.

(Reporting by Aditi Prakash in Bengaluru; Editing by Amlan Chakraborty) 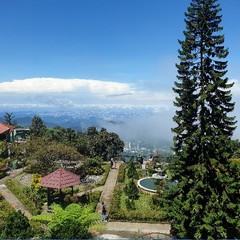 John Ruddy is one of the better goalkeeper in England but never given a chance in the national team.