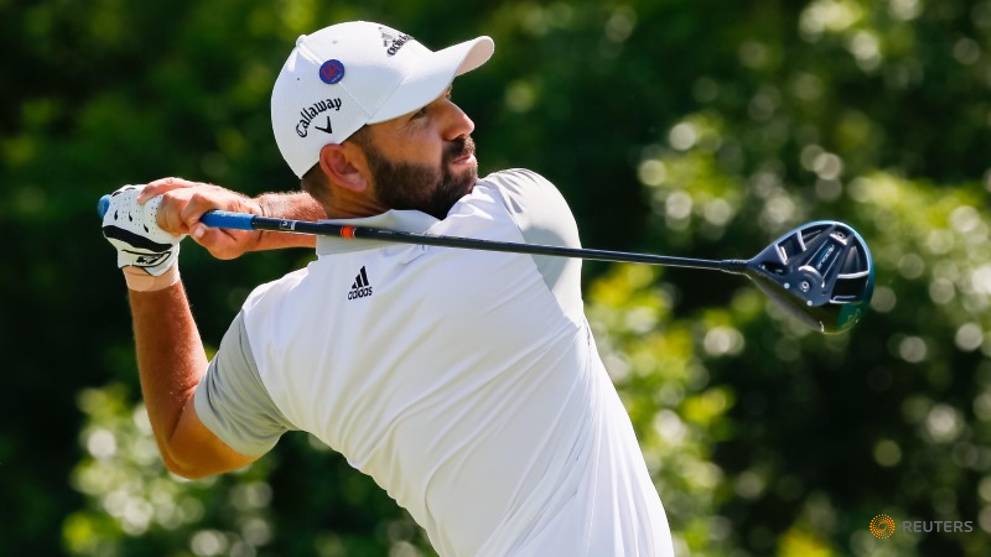 Garcia denies Carnoustie demons as he prepares for Open push

Sergio Garcia says he has no lasting scars from his heart-breaking previous encounters at Carnoustie as he prepares to battle for a second major at the Scottish golf course in this week's British Open tournament.

REUTERS: Sergio Garcia says he has no lasting scars from his heart-breaking previous encounters at Carnoustie as he prepares to battle for a second major at the Scottish golf course in this week's British Open tournament.

The most memorable images of Garcia at Carnoustie come from 1999, when the then 19-year-old wept after scoring a dismal 89 in the opening round, and 2007, when he lost the title after a failed putt in the fourth hole of the play-offs.

"There are no demons waiting for me there," Garcia was quoted as saying by the Telegraph. "Honestly, it is one of my favourite Open courses – definitely in my top three, along with Muirfield and St Andrews.

"What happened the last time at Carnoustie wasn't a terrible experience – I played great golf and I was just one putt away from winning the Open. And surely that should show that there wasn't any lasting damage from 1999... "

The 38-year-old, who ended his major drought by winning the 2017 Masters, says there is an ever-present desire to add to his triumph, especially at Carnoustie.

"Look, lifting the Claret Jug has been a dream for me ever since I started playing golf... I love links golf so much, that I want the Claret Jug more than ever," he said.

"It is not a case of, 'oh, I've finally won a major at the Masters last year, so it doesn't matter as much'. The hunger is as strong as it always was."

Garcia also dismissed the notion that winning one major makes it easier to win another, saying a second could be harder to achieve.

"I can tell you this: when people say wining one major makes it easy to win your second... It's just as difficult – maybe more so, because you know you have got what it takes and maybe you try too hard," he said.

"That is my challenge at Carnoustie, because I really want to win there... It's just always been my ambition."

(Reporting by Aditi Prakash in Bengaluru; Editing by Amlan Chakraborty)