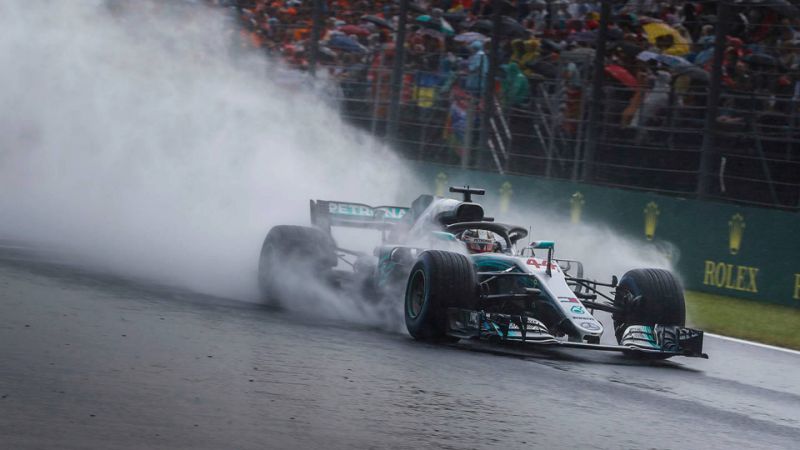 The Q3 runners used wet tyres throughout, and on the first runs Ferrari driver Kimi Raikkonen had the advantage over Hamilton.

But after both Mercedes drivers pitted for a second set of wets with three-and-a-half minutes remaining, it turned into a battle between Hamilton and teammate Valtteri Bottas.

Bottas had the advantage after the first two sectors, but Hamilton was a stunning 0.426s faster in the final sector to take pole by 0.260s.